In recent times, there has been a lot of rumors and speculations about the upcoming Redmi Snapdragon 855 smartphone. In fact, the suspense has been so intense that it is now becoming boring. Earlier today, Redmi general manager, Lu Weibing, confirmed that the name of this smartphone will hit the web tomorrow. In addition, there were also reports that this device will come in two models which include Redmi K20 and Redmi K20 Pro. Now, we have the first real image of this smartphone but it’s only the side view and parts of the rear. 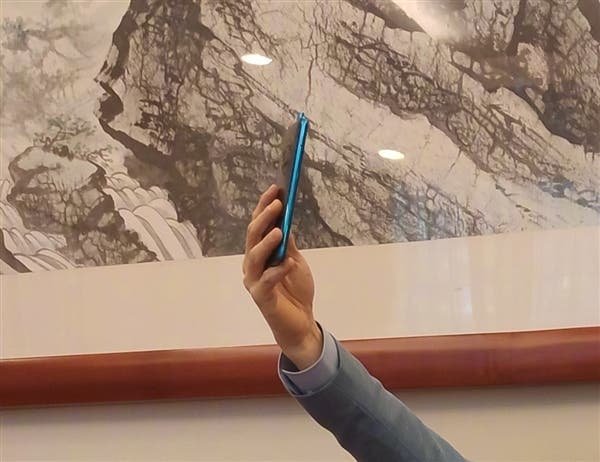 Today, Xiaomi’s President, Lin Bin, shared the first real image of this smartphone. The images show him taking a selfie with the company’s CFO and one thing was noticeable. It can be clearly confirmed that the new Redmi smartphone adopts a pop-up front-end design. This model is blue colour and the rear camera is located at the center with a slight protrusion. The triple rear camera will likely be arranged within the circle on the rear or probably in a square. This camera design is not common to Xiaomi or Redmi phones 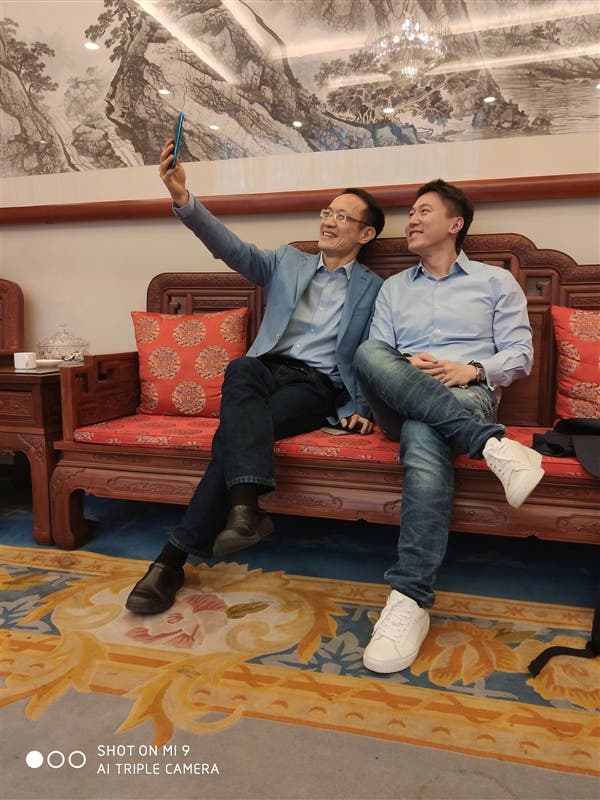 From current speculations, the Redmi Snapdragon 855 smartphone uses a 6.39-inch AMOLED display probably with an on-screen fingerprint sensor. It is equipped with a 32MP pop-up front camera and the rear has a 48MP main shooter + 8MP wide-angle + 16MP telephoto triple camera setup. The lights of this smartphone will be kept on by a 4000 mAh battery and it supports NFC.  Recent reports claim that the Redmi K20 will have 6GB + 64GB, 6GB + 128GB and 8GB + 256GB versions. While the Redmi K20 Pro will have 6GB + 64GB, 6GB + 128GB, 8GB + 128GB 8GB + 256GB version. If this is true, this device comes with so many options to choose from. What do you think about the Redmi Snapdragon 855 Smartphone?