Chinese manufacturing giant, Xiaomi, can be regarded as the “king” of the Indian smartphone market. The company has been the best selling brand for seven consecutive quarters and this has been confirmed by market research firm, Canalys and most recently, IDC.  Today, Manu Kumar Jain, Xiaomi VP and president of Xiaomi India took to Twitter to announce that Xiaomi has the top 3 selling smartphones in India for the first quarter of 2019. In fact, of the top 10 best selling smartphones in India (Q1 2019), Mi has seven. This is quite impressive from a company which only entered the Indian market a few years ago. The top three smartphones are 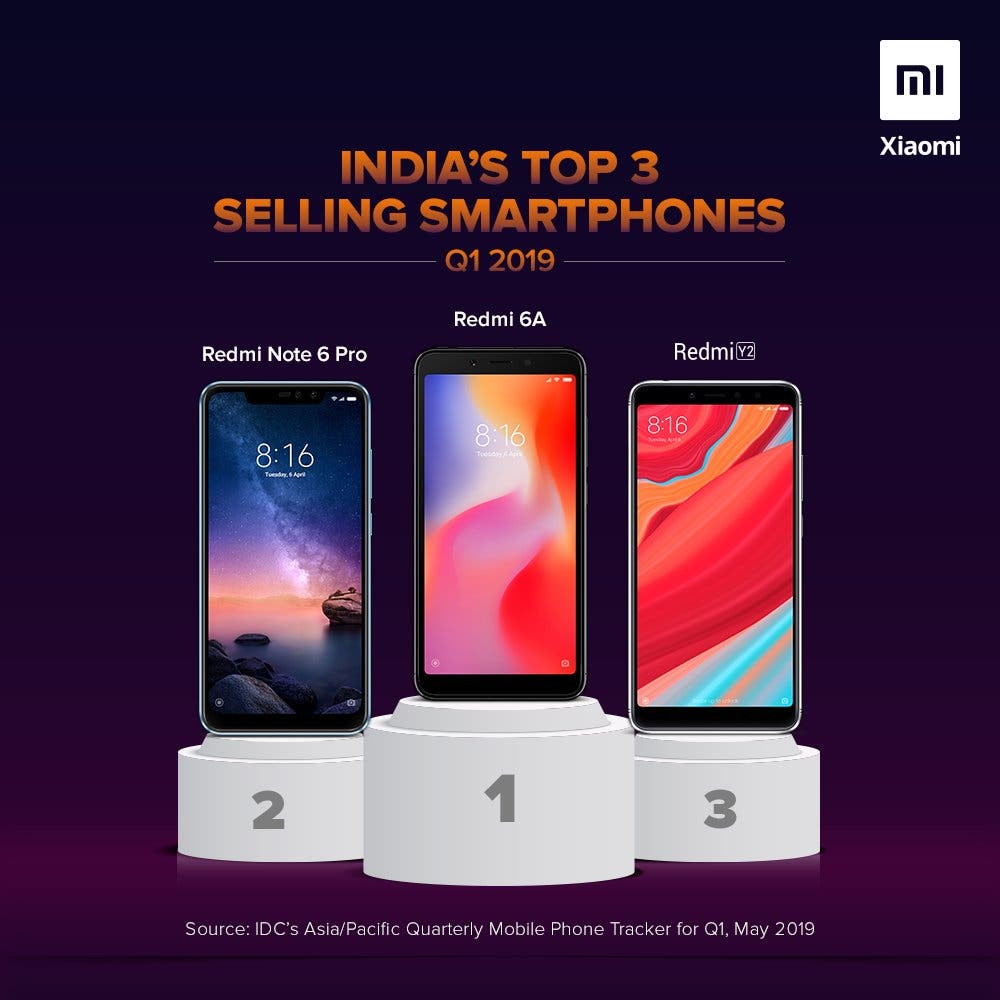 Other smartphones that make up the top ten include 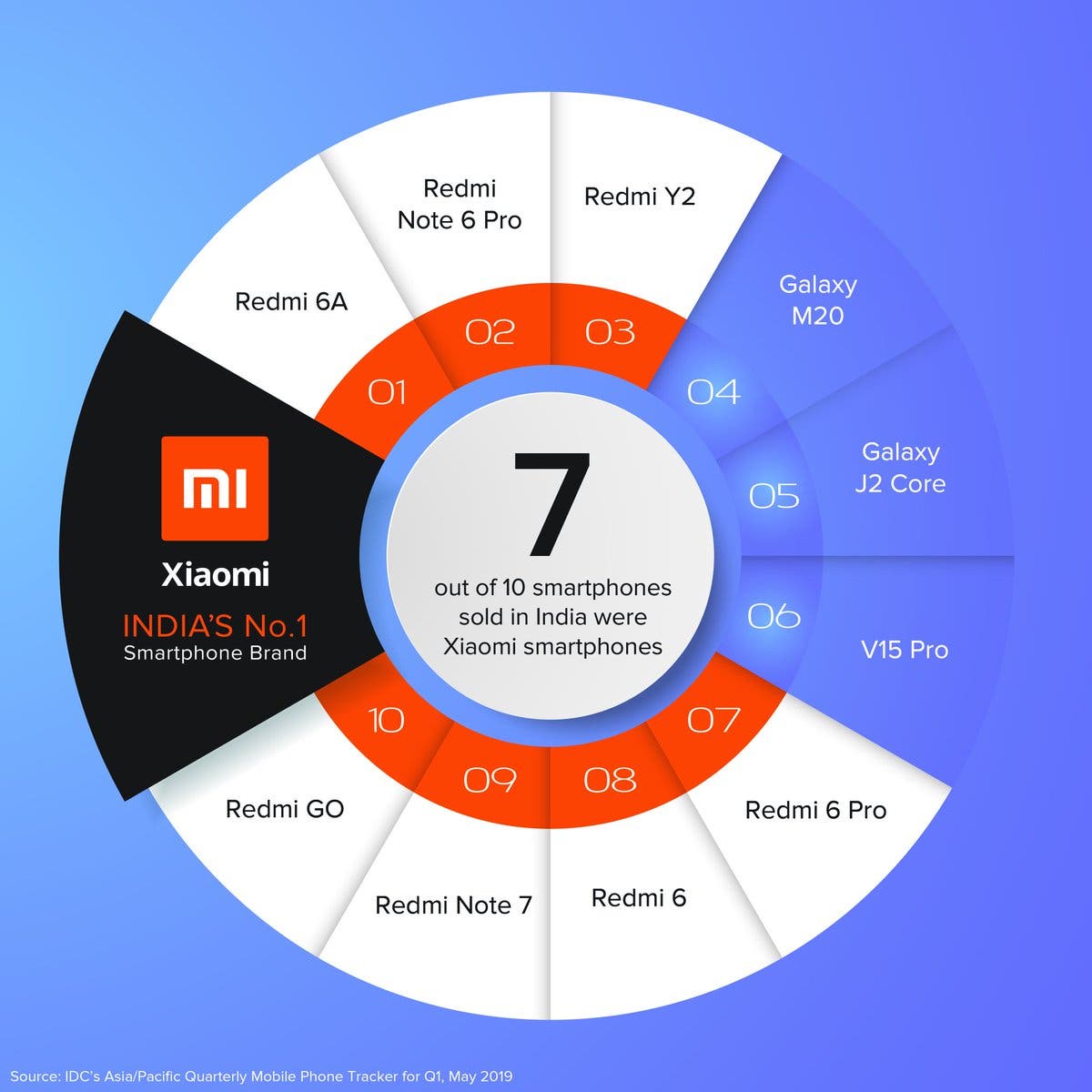 It is quite interesting to note that all the seven Xiaomi phones in the list are from its Redmi sub-brand. This shows that the Redmi brand is doing quite well, if not anywhere else, in India. Redmi is a cost-effective sub-brand of Xiaomi. This shows that the type of smartphone market that India has. It takes cognizance of the price-performance ratio. When it comes to the number of units sold in India for Q1 2019, Xiaomi is an average of 2.4 million units ahead of second place Samsung (Canalys and IDC data).

Next Official OnePlus 7 and 7 Pro wallpapers available for download