At Google I / O, the event dedicated to developers that took place last week, the third Developer Preview of Android Q was presented. Not all new features, however, was announced during the inaugural keynote and some of them went into second floor, despite being particularly important.

During “Fast pair for Bluetooth Devices” session, one of the many talks that took place over the three days that were not streamed, Google talked about Fast Pair and a refresh of the Bluetooth management interface. In addition to announcing that the Fast Pair feature will soon arrive on third-party smartphones and accessories, Google has announced a new feature that will make it easier to find lost accessories. 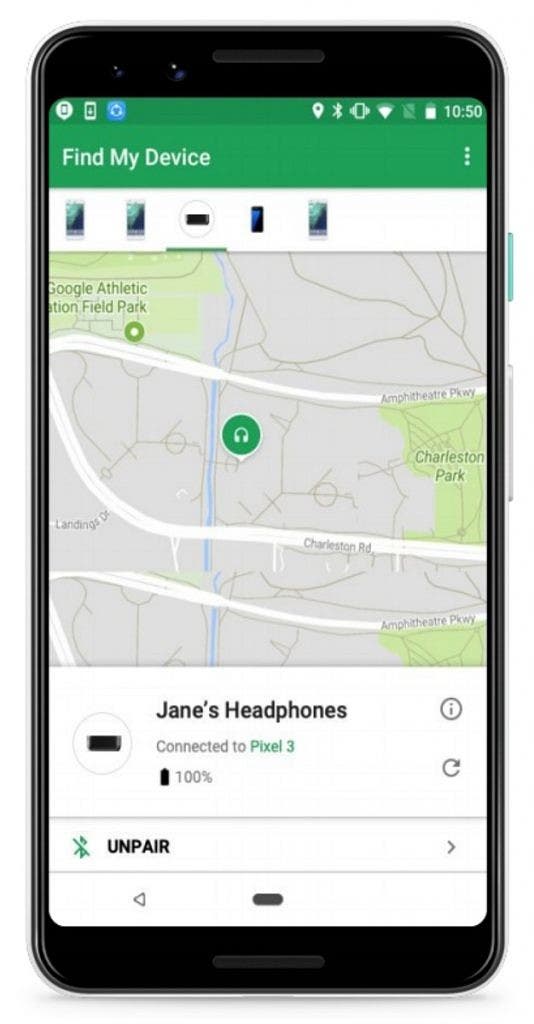 It’s called “Find My Accessories” and will be a function dedicated to accessories compatible with Fast Pair. Entering the “Find my device” screen, it will be possible to find headphones or other Bluetooth devices, thanks to the map that will show the position where the last disconnection was made.

The position will be indicated by checking the connection quality and the time of the last use, with the possibility to disconnect the device or play a sound, which is useful in the case of a Bluetooth speaker.

The second novelty concerns the new aspect of the Bluetooth connection management card, which among other things will be able to show the remaining charge of the wireless headphones in addition to that of the relative charging case. The new screen will show more detailed information on the battery, manage the settings for notifications and the voice assistant, set up any touch controls and enable other functions.

For now, Google isn’t planning on providing a standardized set of options in Bluetooth settings. Rather, they still prefer OEMs provide their own companion apps, but they urge OEMs to use the Slices API to provide actionable toggles in Settings. The new Bluetooth settings page and notification aren’t live yet in Android Q beta 3, but they may appear in a future beta release.

Next Redmi 7A full specs revealed on TENAA