Game Turbo is very popular technology, allowing users to reply to messages while playing games. Not many models support this feature, but seems Redmi has a ‘carte blanche’. All goodies you can find on various Xiaomi models come to the upcoming Redmi K20 flagship. Today, Lu Weibing said this series phones will support Game Turbo 2.0. Particularly, he said:

When discussing the Redmi K20 internally, many of our team were thinking there are a lot of users that own gaming smartphones and won’t like to lose their handsets. So what we can offer to these users is the Redmi gaming smartphone. I don’t think it is right because the game flagship seems to be a bit biased, while the Redmi K20 is simply the all-powerful flagship!

Of course, by bringing Game Turbo 2.0 to the Redmi K20, the latter won’t become a gaming smartphone. But this handset will have and offer some features to mobile gamers. The Game Turbo mode kicks in with features like a screenshot, screen recording, quick Wi-Fi, data toggle, all from within the game itself. Apps like WhatsApp, Facebook and Browser can be opened in a floating window within the game and there might be other feature that could be introduced later. The Game Mode can be toggled on from the MIUI Security app like Game Booster mode. 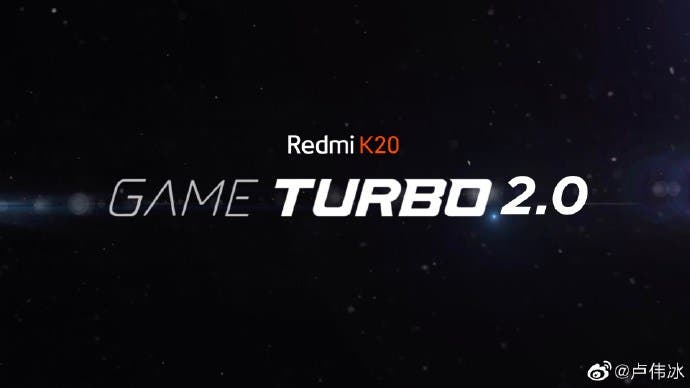 As for the Redmi K20 key features, we have heard too much about. Say, we know it will be equipped with a Qualcomm Snapdragon 855 processor, a 6.39-inch AMOLED full screen, a 4000mAh capacity battery, a rear Sony 48MP ultra wide-angle triple-camera, a front-facing 20MP automatic lifting AI camera, a 27W fast charge support. The phone also supports 960 frames of super slow motion video capture, while the pop-up front camera has a service life of 300,000 times. There is also an NFC support, a headphone jack, and so on.

Next [Update]: Honor 20 Pro sale interrupted due to US ban