Probably, you have already got acquainted with the new flagship of Redmi, namely the K20 series. It’s a unique smartphone the collects all the innovations and top-end features into one. At the press conference, Lu Weibing, vice president of Xiaomi Group, summarized the five common characteristics of the flagship smartphone. Let’s look at them. 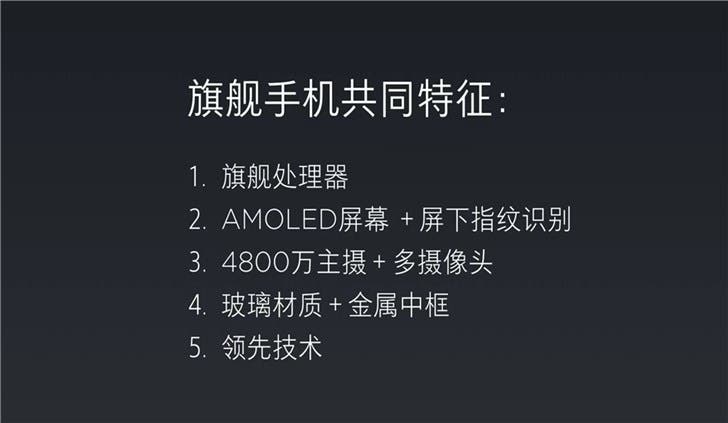 The Redmi K20 is powered by the Qualcomm Snapdragon 855 processor. It’s among the most powerful chips on the market. So when a manufacturer wants to design a top-end handset, it should be packed with a similar chipset.

The Redmi K20 uses a 6.39-inch AMOLED full-screen and the 7th generation screen fingerprint technology. The latter is highly demanded. So all the flagship smartphones should support this technology.

The Redmi K20 features Sony’s 48MP ultra-wide-angle triple-camera and a 20MP auto-lifting AI front camera, which has a service life of 300,000 times. The phone also supports 960 frames of super slow motion video capture. Generally, Sony’s and Samsung’s 48MP sensors are widely used on various devices from both mid-range and top-end models. So any flagship smartphone should feature any of them.

In terms of appearance, the Redmi K20 has a full-surface glass on the back cover and a metal middle frame. The Black variant features a unique Kevlar gradient texture that is full of speed and power. In general, it has three colors: flame red, glacier blue, and carbon black. As for other flagship smartphones, glass or ceramics have become the only material for a while. No one is looking for a top-end phone that uses plastic or metal on the back.

The Redmi K20 supports the Game Turbo 2.0. It features a 1217 ultra-linear speaker with a 0.9cc large physical cavity. In addition, the machine is certified by Hi-Res audio. Adding a couple of leading technologies to the flagship smartphones is a must. If any handset from this category lacks leading technologies, most likely, they will appear out of the competition.

Previous Meizu 16Xs Leaked On GeekBench: Seems To Be A Mid-Ranger