Samsung says its new PD controllers can be used for a wide variety of devices, including smartphones, tablets, computers, laptops and monitors. The mass production of SE8A has already begun.

The SE8A is the first PD controller that combines a security element together with a power controller on a single chip. This offers some additional security measures, such as the storage of encryption keys, and the encryption and decoding of confidential data within a device.

The SE8A also supports USB Type C authentication, which prevents the misuse of non-approved products. These measures will prevent undue access to devices during loading. 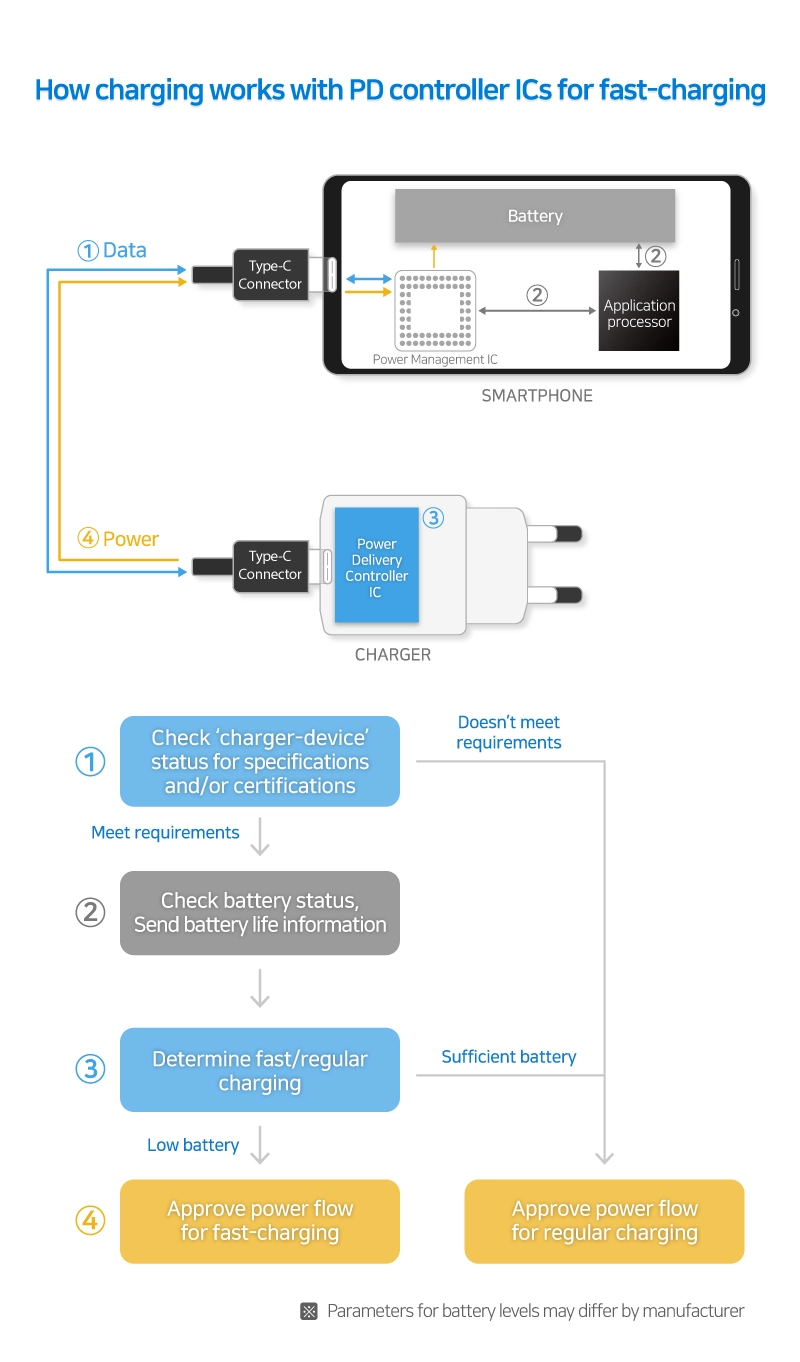 The MM101, on the other hand, supports a symmetric encryption algorithm for product authentication. Safety measures include moisture detection capabilities to ensure safer load conditions.

Both chips also come with overvoltage protection. The new chips comply with the latest USB specification for fast charging, USB-PD 3.0, which offers the optimal amount of power for a more efficient charging.

They also have built-in Flash (eFlash), which allows manufacturers to update the software to meet the latest specifications without the need to modify the hardware.

It is worth to mention that Qualcomm has led the way with its Quick Charge. Since then, all companies have started patenting similar solutions, trying to exceed the standard offered by the company. The most recent was Xiaomi which announced its Super Charge Turbo, with 100W charging.