Just a day after starting the rollout of Android Pie for the Samsung Galaxy M30 in India, the other two M-series devices – Galaxy M10 and M20 – are getting the same treatment.

Samsung’s Android Pie update brings One UI and improvements to many of the Samsung specific apps. Interesting additions are included such as support for HEIF images, a brand new Night Mode that get rid of the eye-straining light interface. There’s also a new option to reply to messages in the notification panel and more. 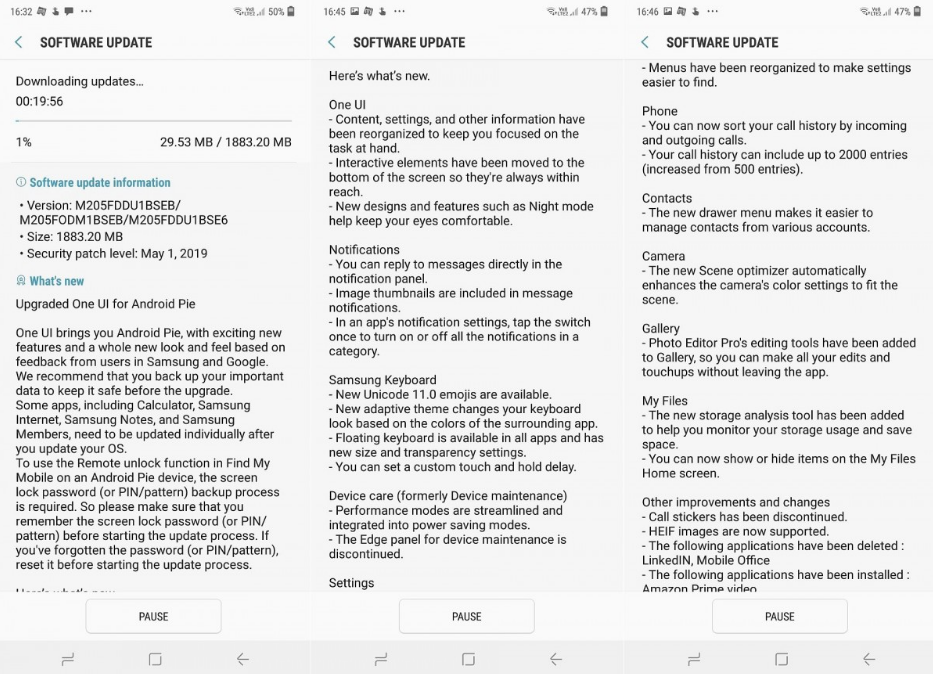 There’s a little caveat, however, at least for the Galaxy M10. The smaller brother of M-series is not getting Scene optimizer feature in the camera with this update. The other two in counterpart received this interesting feature with the arrival of Pie. It’s unclear if the Galaxy M10 will receive it in the future.

Curiously, the update for the M10 and M30 weighs in at about 1GB, while the M20 update is almost twice that – 1.8GB. The changelog is also pretty similar between all devices, with the exception of Scene optimizer. The update is being deployed over-the-air in India and may take several days to reach all units of M10 and M20. If you’re impatient, you can try to force check the update through the Settings Menu.

Next What Are The Main Differences Between Redmi K20 And K20 Pro?