Seems like the ELEPHONE brand is finally getting back into the proper temperature and gears are starting to turn. After yesterday’s reveal of the official launch date for the long expected (and delayed) ELEPHONE U2 model they confirmed yet another of the interesting models coming soon. The resurrected one is called ELEPHONE PX and you can maybe remember it from quite some month ago, when they announced it, but they we didn’t hear about it until now. That’s certainly good news for the fans.

So what can we expect from the ELEPHONE PX ? Sadly there is not much info released yet, the official website is almost devoid of any connected information and the Aliexpress store doesn’t have it listed. So we only speculate a bit based on today’s set of new pictures. According to these the new model will be also equipped with selfie pop-up camera just like U2, but only with a single sensor one. Thanks to that the phone will have surely a full-screen design with bigger screen size. Back of the phone reveals double camera with LED flash and a fingeprint sensor. It’s worth noting, that the design of the back panel is different than the old pictures of PX still available on the official website. Ah well. In the latest description the makers are also mentioning the phone being “affordable”, so i would expect less powerful hardware than the ELEPHONE U2. 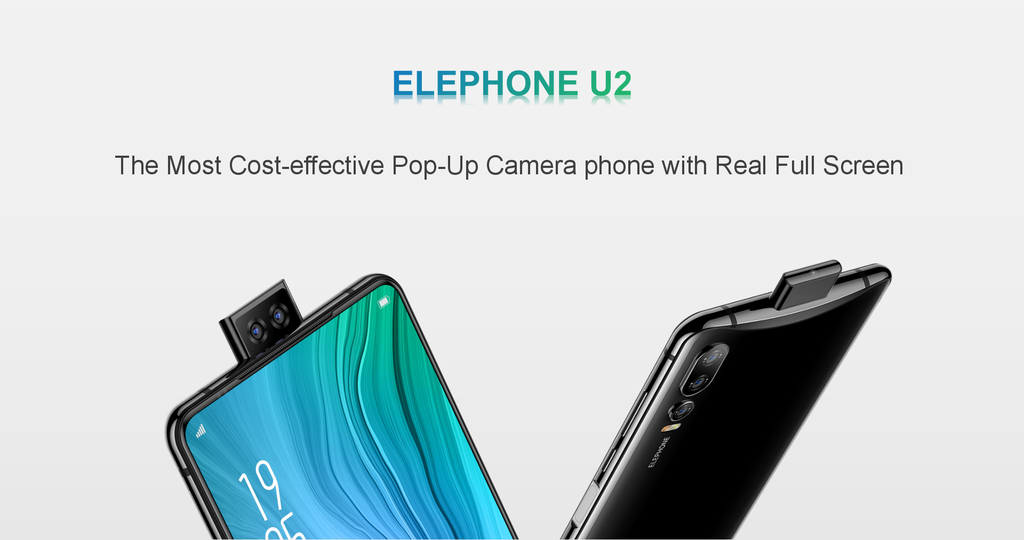 And speaking of the ELEPHONE U2 launch we can also point out, that the announced giveaway for the phone will start tomorrow June 5th. You will be able to find the necessary info on the official website or the Facebook page, though i would probably recommend using rather the latter. The launch itself will start on June 9th through Aliexpress so the fans will surely have a field day.