Recently, Xiaomi Xiao Ai Speaker’s official Weibo channel announced: According to the data of Aowei Cloud Network (AVC), in March 2019, the monthly sales volume of Xiao Ai speakers was the first in the Chinese market. At the same time, the data from the Xiaomi data statistics platform shows that as of June 3, 2019, the cumulative number of voice interactions of the Xiao Ai speaker series exceeded 10 billion times. 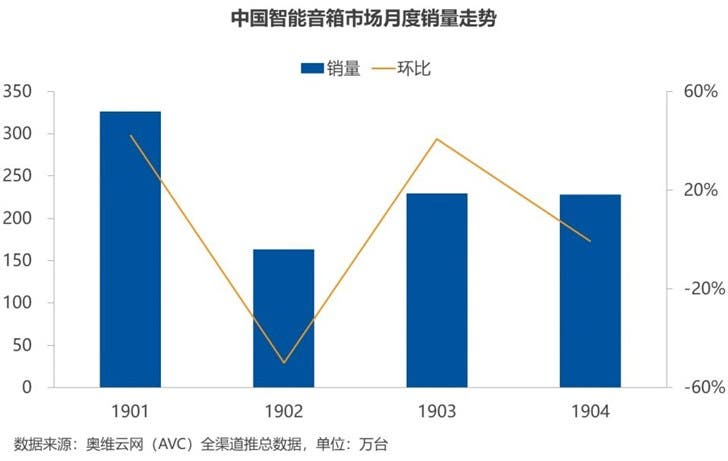 Xiaomi, Tmall Elf, and Baidu ranked in the top three, occupying nearly 90% of the market. The total data of AVC shows that the sales of Xiaomi in April exceeded 40% of the market share, an increase of 7.3% compared to the previous month.

Tang Mu, general manager of Xiaomi Intelligent Hardware Department, has repeatedly said: ‘The core point behind the competition of smart speakers is the ecosystem. Xiao Ai speakers do not rely on simple subsidies to fight low price wars, but focus on products experience.’

As for the moment, we know Xiaomi will hold the Xiaomi Mijia Smart Life Conference on June 11. According to the current information, the latest member of the Xiao Ai speaker family will be released at the conference: Xiao Ai Speaker Universal Remote Edition. The latter sports a built-in 4+1 infrared emission array. Based on the Xiaomi’s voice assistant and the control of Xiaomi smart devices, the Xiao Ai Speaker Universal Remote Edition can remotely control traditional home appliances. At the same time, it also supports Bluetooth gateway, which can help the sensors and home appliances in the home to be linked.

Next Xiaomi Mi 9T to retain the 3.5mm headphone jack