Earlier today, we got the confirmation that the Xiaomi Mi Band 4 will indeed ditch the Monochrome display for a full-color display,  while it will also be several colors including;  orange, blue, burgundy, black and beige. The proper unveiling is set for next week in China, but Aliexpress already jumped the gun, as the retailer has now listed the next generation Mi band 4 for pre-order on its platform. 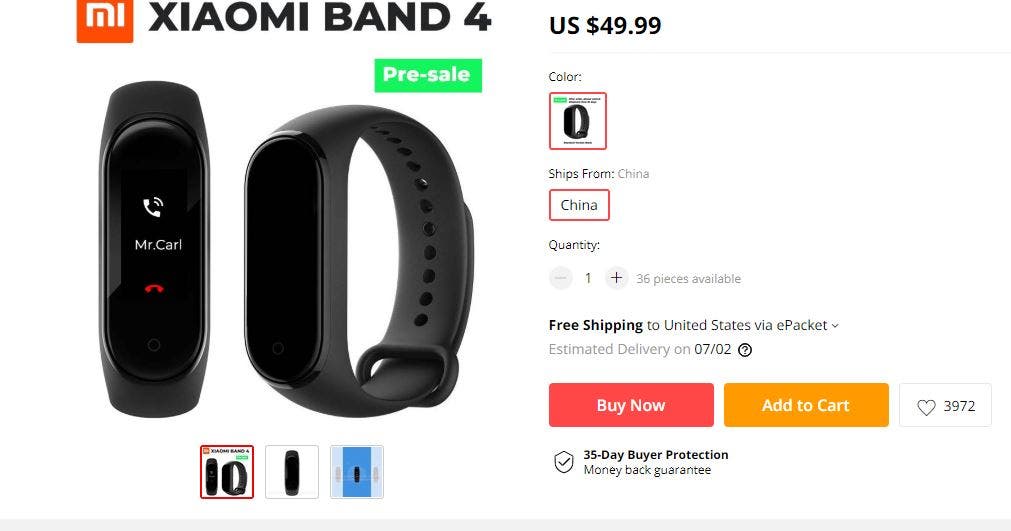 You can already pre-order the non-NFC version of the Xiaomi Mi Band 4 for $49.99, but wont ship until July 2nd. A twitter user @stufflistings confirms placing an order with successful payment. The pre-order page is still very much live, so this couldn’t have been a mistake. Interested fans in the States can get the fitness band with free shipping and a $3 coupon dropping the price by that amount. The listing, unfortunately, doesn’t include the full specs detail, however, rumors suggest the Mi Band 4 will get a 0.78-inch color display with a 240×120 resolution, a 135 mAh up from the 110 mAh on the Band 3, Bluetooth 5.0,  and NFC.

We will get to see the official Mi Band 4 full detail at an event on June 11 in China, ensure you keep a tab on us.

Next Samsung Galaxy Fold could finally arrive in July