In a couple of hours, Chinese manufacturing giant, Xiaomi, will unveil its next-generation bracelet, Xiaomi Mi Band 4. According to Xiaomi official, in addition to the Mi Band 4, there will be six new smart products, and a mysterious new product to “change the fate.” The six new products are all smart home products, including the first smart kitchen appliance designed by Feng Wei Holdings founder, Nicholas Tse. Of course, the most anticipated is the product that claims to be able to “change the fate.” It is believed to be the first of its kind and it defines a new line of smart home products.

It is understood that the Xiaomi Mi Band 4 display is 39.9% larger than the previous generation and it supports 16000 colorful display. It also comes with a colorful personalized dial and heart rate monitoring. From the features point of view, this band is not much different from a smartwatch. 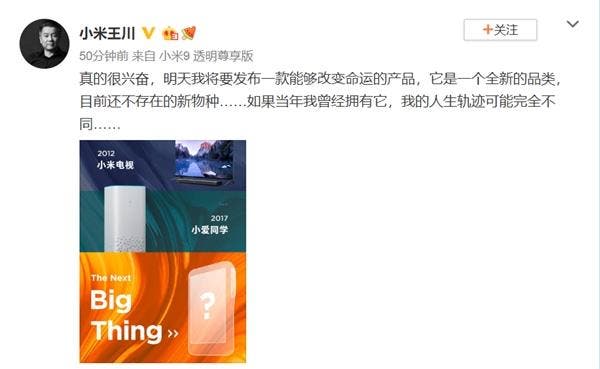 This smartband will be equipped with a color OLED screen. The two models exposed so far are XMSH08HM and XMSH07HM. While the former is the standard version, the latter is the NFC version. In addition, the Band 4 is expected to have its battery capacity increased from 110 mAh in the Xiaomi Mi Band 3 to 135 mAh. A few days ago, e-commerce screenshots from some stores showed that this smartband was priced at $49.99 (about 345 yuan) on non-Chinese e-commerce platforms. At present, Xiaomi bracelet has become the world’s number one wearable device. This year, its Q1 shipments reached 5.3 million, an increase of 43.6%.