Today was a big day for Xiaomi and its eco-chain enterprises. During the conference, this manufacturer announced a number of new products designed for various niches. Say, apart from the Xiaomi Mi Band 4, the new AMAZFIT series smartwatches, and other devices, the company also uncovered the new Mijia Internet Washing and Drying Machine Pro. It not only is considered to be a high-end washing machine but also supports voice commands done through Xiao Ai and allowing users to control it remotely. This amazing product is priced at 2999 yuan ($434). 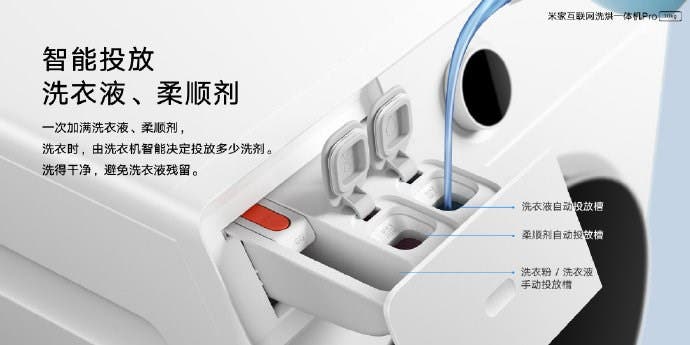 The new Mijia Internet Washing and Drying Machine Pro won the German Red Dot Design Award and the German IF Design Award in 2019. It has the international double A+ level washing and drying ability, and supports air washing, special stain washing, clothes drying, smart placement and smart networking. When filling the laundry detergent, softener, and laundry, the washing machine intelligently decides how much lotion to put.

After accessing Xiao Ai, the Mijia Internet Washing Machine Pro supports the semantic recognition of the washing program, scheduling the remaining time of washing, starting/pausing the washing machine, and opening/closing the child lock. 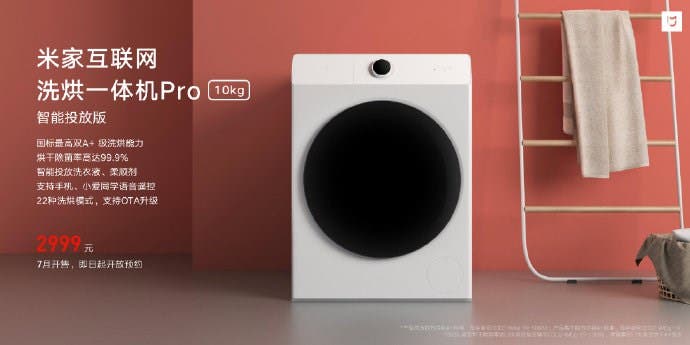 The Mijia Internet Washing – Drying Machine Pro has 22 washing and drying modes, supports OTA upgrade, and sells for 2,999 yuan. It will be launched in July.

If you remember, the first generation model was announced in December 2018. It made a huge stir around it. Even the first batches were sold in a few minutes. But later, there were some complaints concerning the build quality.  Particularly, they were arguing that the door locks are easy to break. There were also users who claimed that the washing machine is quite heavy, and after moving to the house, it was found the doorknob of the washing machine had broken. Hopefully, all those shortcomings have been fixed in the new model.