The Redmi Note 7 Pro has just recently received a surprise price drop for the first time in conjunction for 618 day. The high value-for-money handset will be selling for as low as 1399 yuan, or about $202. But what makes the deal even sweeter is the Game Turbo mode that Redmi teased for the handset on Weibo. 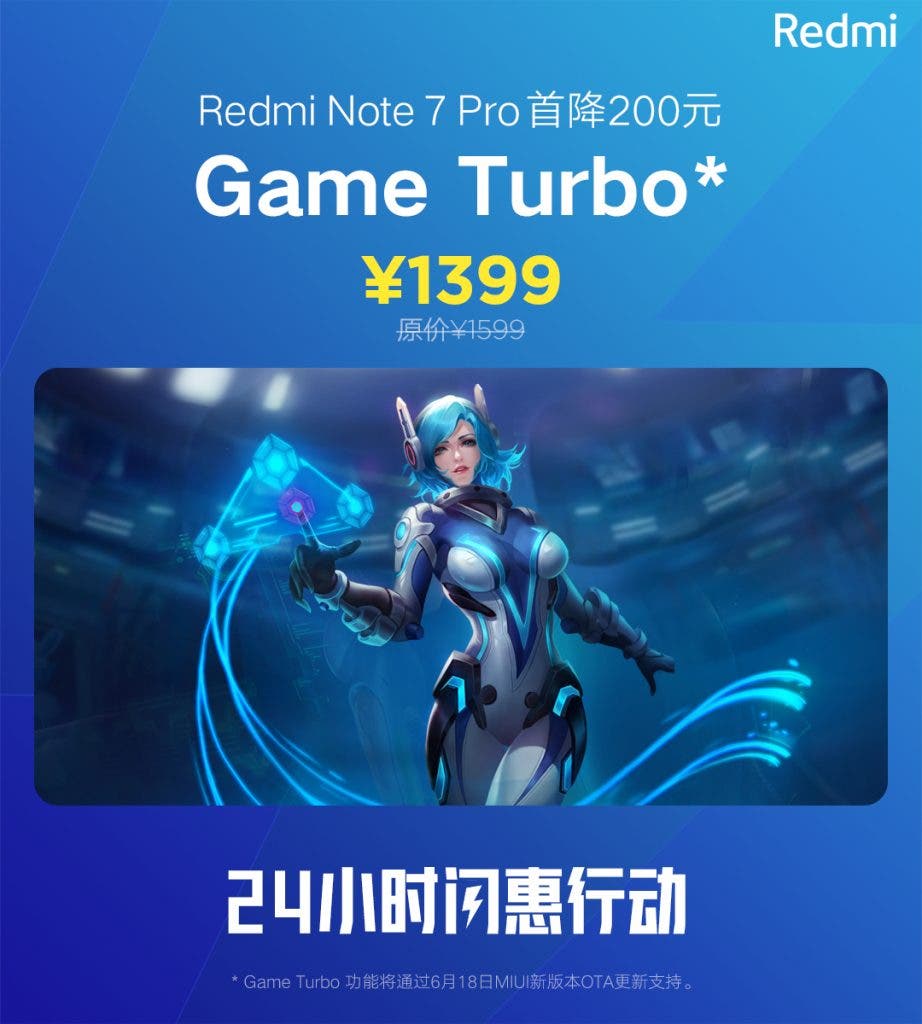 Take a look at the image here. The asterik on the Game Turbo shows an indication below that the feature will be dropping on the handset via an OTA. The Game Turbo mode recently dropped for the Poco F1, and is also on the new Redmi K20 series.

The mode improves the CPU and GPU performance of phones and cuts out distractions to offer a better immersive gaming experience. Now, this OTA will obviously be for the Redmi Note 7 Pro in China but we do expect to see the same feature on Indian variants soon as well.

Xiaomi recently added Fortnite support for the Note 7 Pro in India and the handset is also on the Android Q beta list, although that update will be arriving in Q1 2020.

The price drop has probably ended already as it was for a very limited time but we could see another slash soon. While you’re here, check out our review of the Redmi Note 7 Pro.