Samsung’s Galaxy A60 was unveiled in China back in April. Now, the device is getting a new paint job in China that is simply outstanding. The new color is dubbed “Peach Sea Salt” and come to address the desires of those who weren’t happy with initial Orange and Blue colors. That said, the new color features a mix between blue and pink around the back glass of the device.

Despite the new color, the Peach Sea Salt Galaxy A60 is exactly the same in specs as the other variants. That includes a 6.3-inch PLS Infinity-O punch-hole display, Snapdragon 675 octa-core (2×2.0 GHz Kryo 460 Gold & 6×1.7 GHz Kryo 460 Silver). Multi-tasking purposes are covered by 6GB of RAM, while the storage amount is 128GB. The camera department is composed by a triple setup with a 32MP main, 8MP wide and 5MP depth shooters. 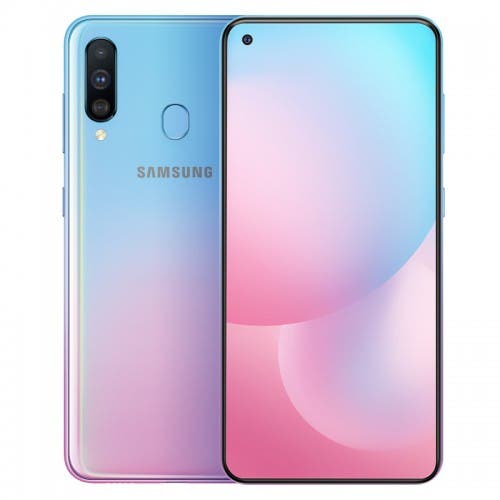 On the front, the punch-hole houses a 16MP selfie snapper. Unfortunately, the device lacks a 3.5mm headphone jack, but it does include microSD support. Since this isn’t a premium AMOLED powered device, Samsung had no reason to implement an in-display fingerprint scanner. The sensor is placed in the glass back of the handset. The device ships with USB-C port to fuel a 3,500mAh battery with 15W fast-charging system. Last, but not least it ships with Android 9 Pie with OneUI running atop.

The Peach Sea Salt color will add one more option for those who can’t stand with standard “boring” colors.