They used the Samsung Galaxy S10 5G smartphone. The latter was tested 12 times using the Speedtest.net benchmark application. 8 of tests exceeded 1.4Gbps. The maximum speed reached 1.782Gbps, which is faster than the 1.3G Verizon 5G network speed in Chicago. Moreover, it is faster and much higher than the Sprint 5G network speed of 484Mbps in Dallas. 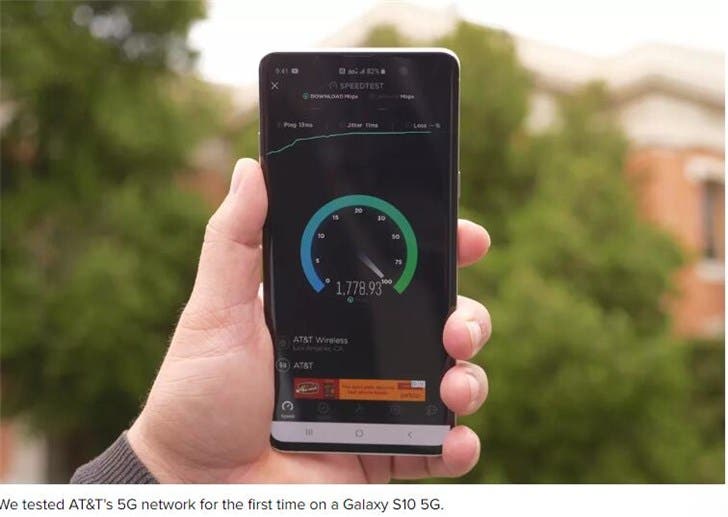 The source said that they downloaded and installed the 1.9GB PUBG mobile game in less than two and a half minutes. Using the Netflix app, they also downloaded the first season (more than five hours of video) of “Blue Planet II” in less than one minute.

It is worth noting that the above AT&T 5G Plus network can only be experienced in small areas of Warner Bros. and Magic Leap. Moreover, consumers must wait until 2020 to experience these speeds.

In addition to the fast speed, another advantage of the 5G network is low latency. CNET mentioned that Ericsson’s game shows the difference in delay between 5G, 4G and 3G connections. The game is similar to playing a hamster. When a circle lights up, you can score by simply pressing it. The player wears a VR head-mounted display with a front-facing camera and only sees real-time feedback within the headline. When using a 5G network, the game is natural and smooth. Once switched to the 4G network, the game score immediately drops. When the connection switches to 3G, the score gets worse. This demo demonstrates how good the 5G latency performance is in a very effective and interesting way.