Xiaomi will release the first smartphone of its new series, Xiaomi CC9, on July 2nd. Now, the launch event invitation has been sent out and we have a first look at the content of this invitation letter.

The invitation letter for the Xiaomi CC9 event combines a touch of style, literature, and art. The colour of the main body is gray-green. It looks very simple and fresh, and it gives people a very comfortable feeling. The front is tied with a gray ribbon. At the bottom left is a pink card which carries a bold “CC” inscription. At the top of the pink card, we have the logos of Xiaomi and Meitu. This is the first mobile phone to be released by Xiaomi and Meitu. At the bottom is the date of the conference, July 2nd, 19:00 Beijing Water Cube. 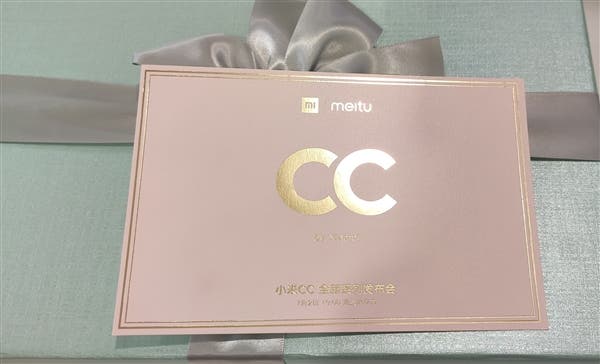 Inside the box bearing the invitation letter also has a gray-green theme. There is also a pink card inside which reads “beauty is not accidental, it is you and me, a good match.” This reflects Xiaomi CC9’s main selling point which is the camera department. However, it also reflects the core values of Xiaomi CC9.

There is also a small paper on the card which can be folded on both sides of the card so that you can see a heart-shaped pattern. This gives the card a comfortable feel and the overall appearance looks girly. 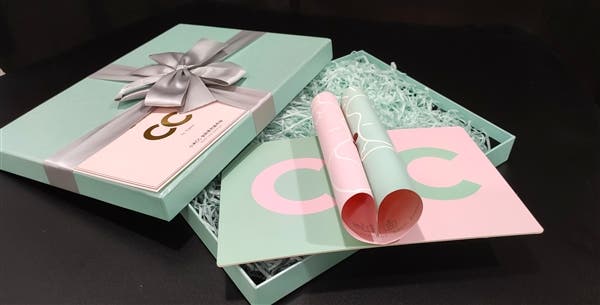 What we know about Xiaomi CC9 so far

The internal code name is “Little Fairy”. On the design, Lei Jun released a teaser video of the upcoming device, although, short, the video gives a clear view of the beautiful wavy pattern and color shift on the Mi CC9’s rear panel when light falls on it at different angles. The teaser once more confirms the presence of a triple rear camera – one of which is a 48MP main camera sensor. Xiaomi has yet to confirm other rear cm detail, but official teaser says the device will get a 32MP front cam.

Speculations claim that the Xiaomi CC9 will come flaunting a 6.39-inch AMOLED display with a waterdrop notch. Rumors also point to the presence of an in-display fingerprint sensor. This looks plausible, given that there isn’t any visible scanner on the back panel. The device will reportedly be powered by the same SoC inside the Redmi K20. This is the Qualcomm Snapdragon 730 SoC coupled with 6GB/8GB and 128GB/256GB of internal storage. Pricing starts at 2,599 Yuan (~$378) for the 6 GB RAM + 128 GB storage, while the 8GB RAM + 128GB storage and 8GB RAM + 256GB storage models could go for as much as 2,799 Yuan (~$407) and 3,099 Yuan (~$451) in that order.

Next Sony Xperia 1 stock is running low in Europe