Xiaomi has just recently announced its new CC9 series of phones that has been born out of the new collaboration with Meitu. However, some Chinese netizens have become disinterested in the series due to the first render of the leaked Meitu phone which heightened their expectations of the CC9 series. Now, Lei Jun has come out stated that the Meitu-branded phone will be amazing indeed after recently saying that its launch can be expected in 2020. 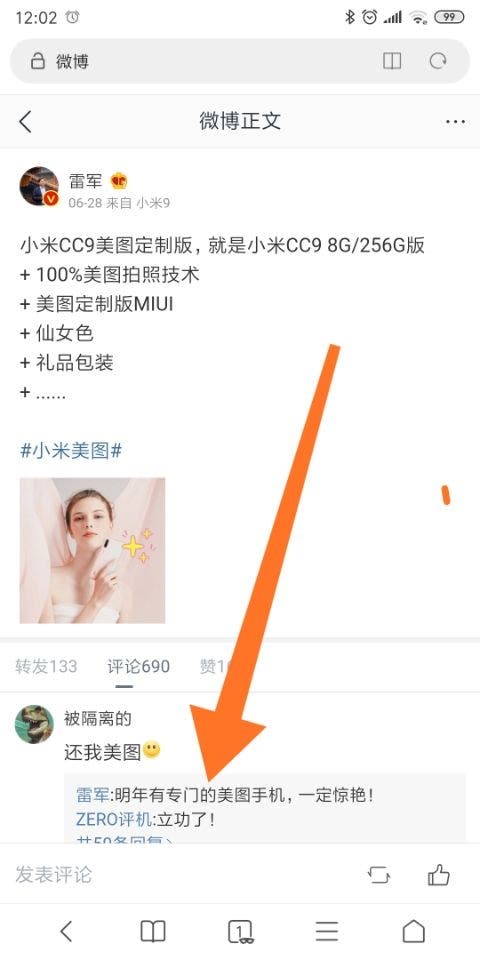 Now, the entire CC9 lineup is pretty much officially revealed, in terms of design, so there’s not much to look forward to in that respect.  As for how Meitu’s device could look, it seems the first leaked render which is above (from IceUniverse) could be a good point of reference even though Lei Jun did not comment anything about the design itself.

It’s pretty early to guess how the design will look like especially when there are no official hints in that respect, but give the track record of IceUniverse we could very well be looking at the potential design as is evident from the Meitu branding in the featured image.

The Meitu brand will still remain separate and will be allowed to work of itself despite being purchased by Xiaomi recently.

Next Mi A3 might look similar the Mi CC9, suggests leak