Huawei looks set to entering the television market with its Honor sub-brand. Although the Chinese firm itself is also rumored to be working on a smart TV, that isn’t happening as soon as Honor’s TV.

While we don’t have specific details about Honor’s upcoming TV,  a few trademark filing by the brand appears to have given us insight on the possible name of the Honor TV.  Honor filed the patent with the China Trademark Office (CTMO), although the patent documents don’t much information, except for a few takeaways. Documents from the CTMI reveals that Huawei Honor has asked it to protect the  “Honor Smart Screen” and “Honor Vision”, which clearly hints at a TV product.

The brand reportedly lodged the two patent on a separate date, so it is plausible the brand hasn’t settled for any suitable moniker.

Little else is known at this point, including pricing, specs, and exact release dates, but the brand via its official social media teaser hinted that it could be hitting the market with a new category soon. The teaser image which has a July 15 launch event has a compass on a plain white paper drawing a rectangle, not a square. Do note that the teaser does not in any way point to a TV, but it does it is widely speculated that the Honor TV could be released on the said date.

Besides the July 15 launch teaser, Zhao Ming, the president of Honor also recently shared an image of his office space with a laptop on the table. While that could be a hint that a new Honor laptop is in the offing, that wasn’t clearly the intent of the teaser. A smart TV is part of the image, smartly concealed with a sticker. 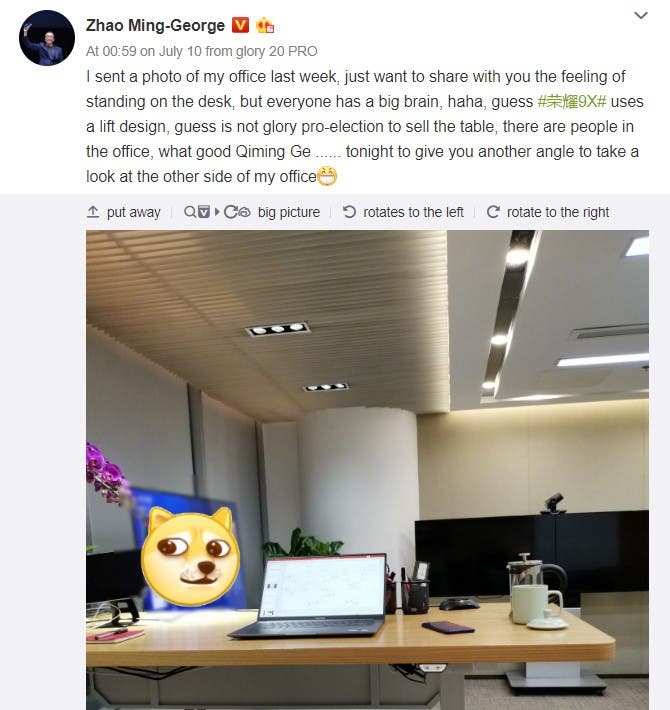 Speaking of the specs, the brand is expected to push the Honor TV off the boundary so it could go up against Xiaomi with a feature-rich offering and aggressive pricing

Previous Samsung Galaxy A80 now available for pre-order in China

Next Samsung Galaxy Note 10 price for Europe leaks; starts at €999