In the second quarter of 2019, the mobile game market data set a new record. iOS and Google Play application software downloads exceed 30.3 billion. At the same time, user spent nearly $22.6 billion. Among them, games accounted for 35% of global app downloads, and game spending accounted for nearly 75% of users. In the second quarter of 2019, Google Play downloads still ranked first, while game downloads reached 265%. From the data chart, we can see that the download volume of Google Play is far ahead of iOS.

Also Read: The App Store Is Still More Profitable Than The Google Play Store Even In The First Quarter Of 2019

Games are one of the main reasons for the overall download growth of the two software stores in the second quarter of 2019. Among them, arcade, action and casual games are the three most downloaded categories on Google Play. For iOS, arcade, action, and puzzle are the three most downloaded categories. In these two stores, casual games such as ‘Stack Ball’, ‘Run Race 3D’, and ‘Clean Road’ topped the charts. 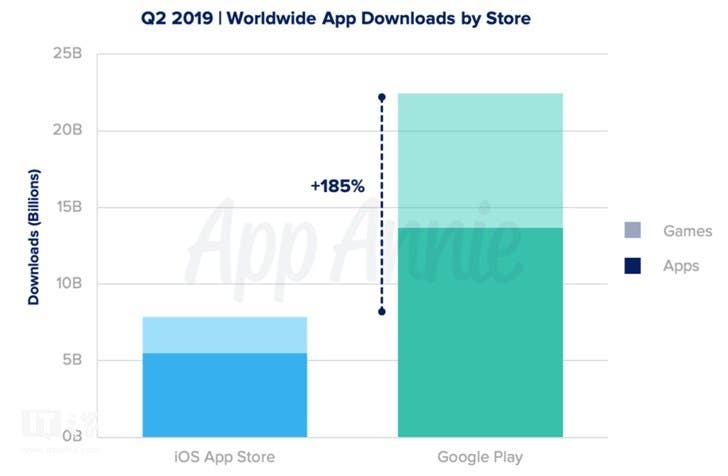 The data shows that casual games are the main factor driving the growth of downloads in the overall game market. As you can see from the picture above, the casual games ‘Stack Ball’, ‘Run Race 3D’, ‘Tiles Hop: EDM Rush’, ‘Clean Road’, ‘Traffic Run’ and ‘Crowd City’ have excellent performance in terms of downloads. It also reflects that simple games are very attractive to users. At the same time, this type of game also promotes the growth of the consumer market. Across both stores, role-playing, strategy, and action subcategories of games were the largest subcategories for consumer spend in Q2 2019.

Previous Motorola P50 to hit the market on July 20