Xiaomi TV is the number one TV brand in India and China. Recently, the company hit two million units shipment within 14 months in India. According to IDC, in Q1 2019, Xiaomi’s smart TV market share in  India is 39%. From its data, Xiaomi’s share is comparable to the market share of LG, Sony and Samsung put together. LG, Sony, and Samsung occupy the second, third and fourth positions respectively. In addition, their market shares are 15%, 14%, and 12% respectively. While Xiaomi has a 39% market share, these three manufacturing giants collectively has 41%. 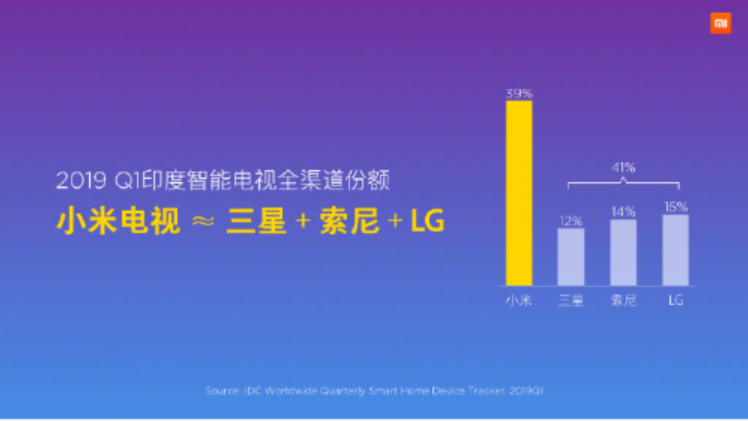 The performance of this brand in the Indian market is incredible and the company has seen crazy results in a short period of time. Xiaomi is successful for three basic reasons 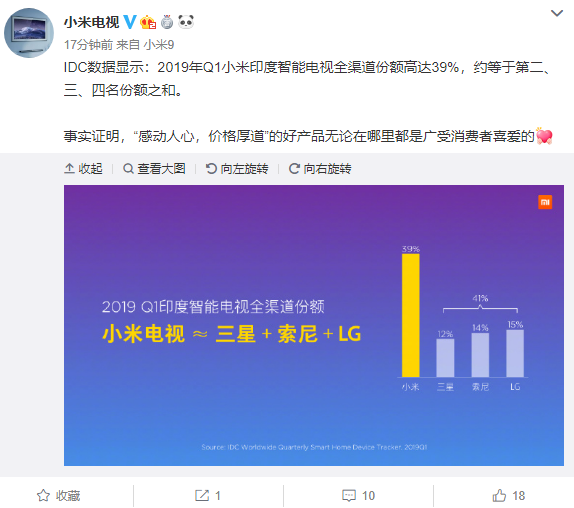