Xiaomi’s Redmi Note 7 Pro (review) in India has an excellent array of rear cameras that shoot great photos for a mid-range handset. However, the same has not been said for videos. Several reviews and users have complained about constant lag and frame drops while video recording. This issue was a blot on an otherwise great camera smartphone under Rs 15,000. And Xiaomi has finally addressed that issue today with an OTA update. 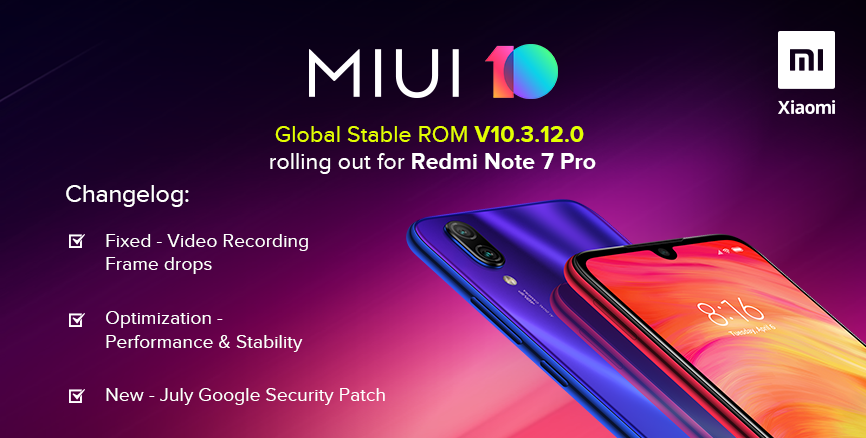 The company announced via its forums that MIUI 10 Global Stable ROM v10.3.12.0 is rolling out right now and has also posted the changelog for the update. Besides this particular video fix, there’s not much described in the changelog except the July security patch. The forum post has not yet provided the file for download but users can look for the update themselves in Settings > About phone > System update.

With this update, it becomes even more easier to recommend the Note 7 Pro as it is already a great handset and will now shoot better video footage than before. The handset is also set to receive Android Q as Xiaomi revealed a handful of devices that will get the update. The Redmi Note 7 Pro will be among the very first. However, it is still expected to take at least Q1 2020 for the beta release.