5G has come, but it’s not mature. Even China, which has leading positions in this industry, has registered only 8 5G-enabled smartphones. Moreover, 4 out of 8 belong to Huawei. Obviously, when talking about the 5G network, Huawei is on everyone’s lips. But there are other manufacturers that work hard to bring similar (or better) products to the market. ZTE is among them. Though after the US ban, it fell behind. But no one can take its potential. The company’s first 5G phone, the ZTE Axon 10 Pro 5G was uncovered back in February this year. And today, it officially announced the phone will open appointment on July 23. 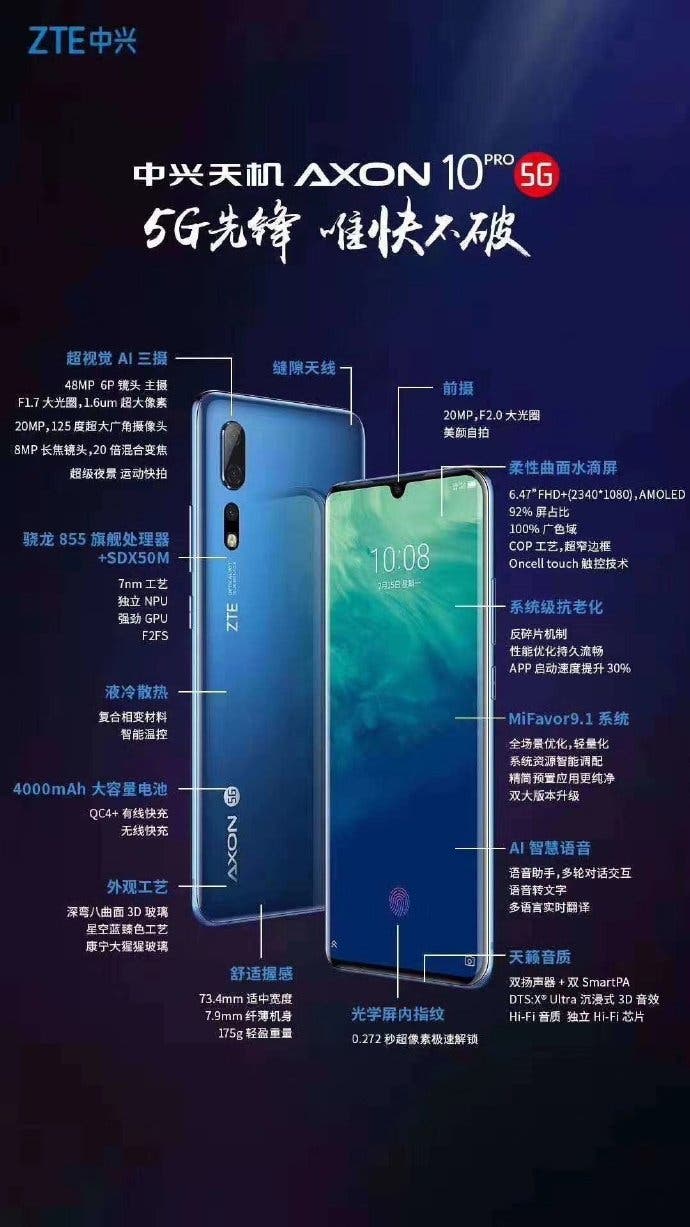 In fact, the ZTE Axon 10 Pro 5G has many features to boast of. But apart from its eye-catching specs, we should recall a couple of things that make this handset worthy to look forward. The first country it landed in is Finland. With this move, ZTE became the first smartphone brand brining a 5G-enabled device to Europe. Moreover, it sells quite well in Finland. But the latter is not the only European country selling the Axon 10 Pro 5G. Earlier this month, ZTE and Slovakian operator open the country’s first 5G video call.

As you see, while many are thinking of how to conquer China’s market, ZTE wins the European countries one after another. But what about its mainland? It is reported that the ZTE Axon 10 Pro 5G version has obtained the China 5G terminal telecom equipment network access license yesterday. So it will appear on shelves in the nearest future. In fact, we have heard about this earlier. But there was no certain launch date.

Next Huawei Nova 5i Pro: leaks confirm a similar design to Mate 20