Just over a week before its expected arrival, images/renders of the Samsung Galaxy Watch Active 2 have surfaced online. While there have been a couple of unofficial renders, the Active 2 smartwatch this time has been spotted on the FCC database, complete with images.

The wearable has the SM-R830 model number, and is classified as a “Smart Wearable”. The listing confirms the Galaxy Watch active 2 will come in two variant – one made of aluminum, the other of stainless steel. Both are encased in a circular 40mm watch body. Though there are indications it could also come in a larger 44mm variant and perhaps another with LTE support.

The listing further reveals the Galaxy Watch Active 2 will come with Samsung’s One UI laid over Samsung’s own Tizen OS. On the interface, we can see 4GB of storage listed there, and on the reverse side, the image says the Galaxy watch active 2 supports GPS, 5ATM water resistance, Gorilla Glass DX+ glass, and a military toughness rating of MIL-STD-810. 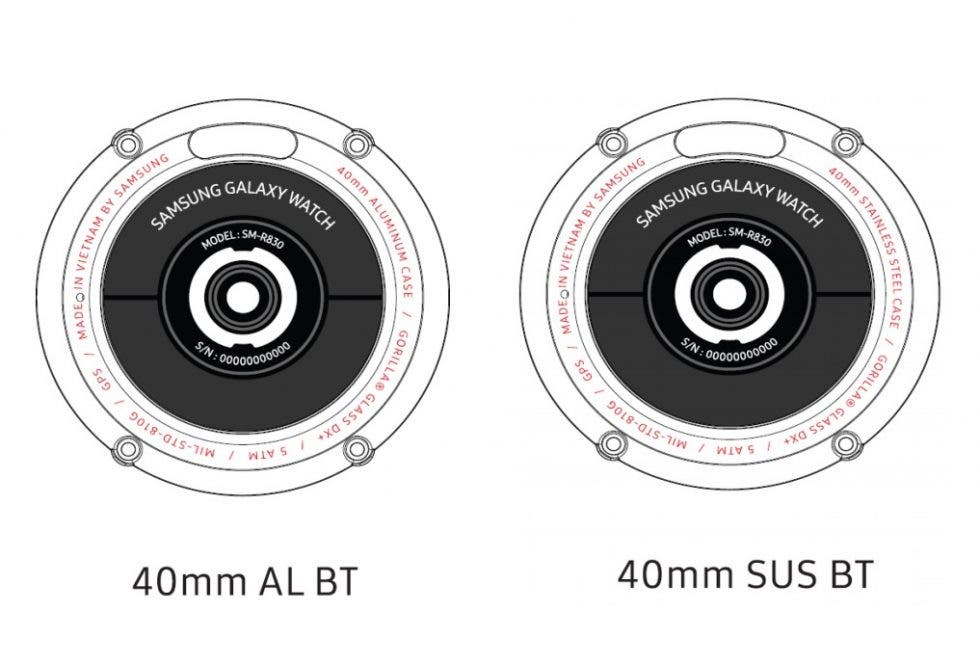 While we can not immediately confirm from the leaked images,  Samsung is rumored to be bringing back the rotating touch bezel around the watch face that will effectively replace the rotating bezels on last year’s watch. 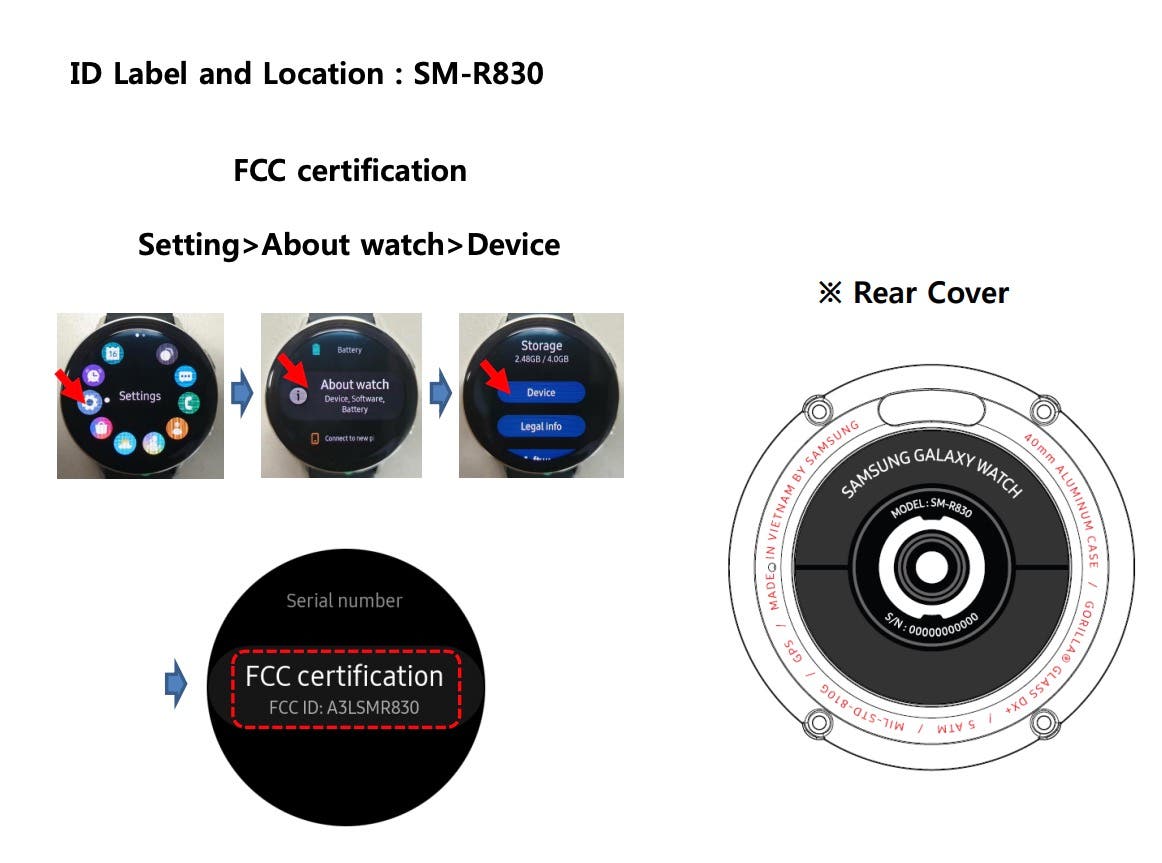 As previously rumored, the Galaxy watch Active2 will come with a 1.2-inch Super AMOLED screen on the 40mm and a 1.4-inch Super AMOLED screen on the larger 44mm one. The Watch Active 2 will carry Samsung Exynos 9110 SoC underhood. The smartwatch boasts 768 MB of RAM on the Bluetooth-only model and 1.5GB on the LTE-capable variant. Reportedly, the 40mm unit will have a  247 mAh battery. The 44mm model will fit a larger 340 mAh cell. Lastly,  ECG and fall detection are both on board. However, the former can take some time to arrive at the shelves.