It looks like Realme will definitely take the lead in the race for the first 64MP camera handset. The company has yet to reveal it officially but Flipkart has now let the cat out of the bag before Realme itself. The Realme 5 series will launch on August 20th in India. The series includes the Realme 5, Realme 5 Pro, and a 64MP camera-toting device which is currently unnamed. Although, the 64MP camera will only be seen launching near to Diwali (October) and not on August 20. 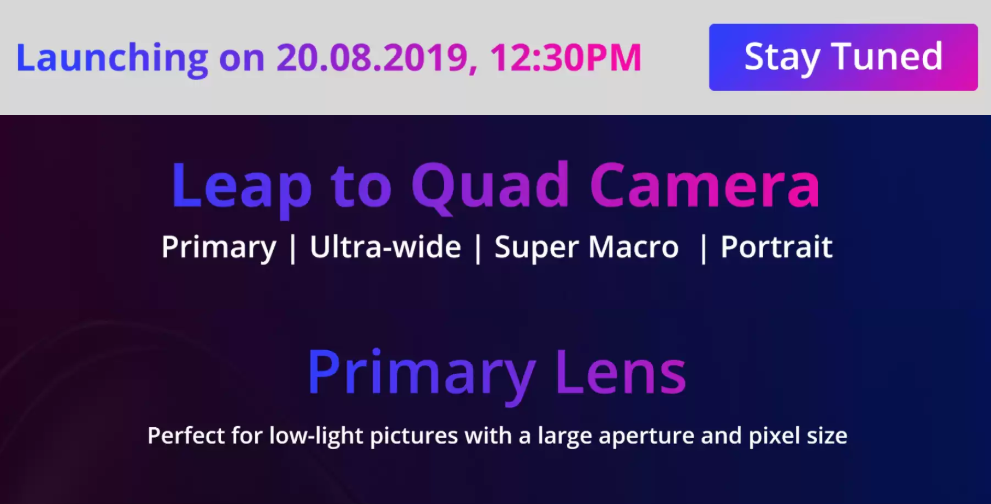 Last week, Realme held a press conference to show off prototype devices of the quad-camera handset as well as the 64MP camera (allegedly called Realme X Pro) in New Delhi. In that light, the teaser page reiterates recently revealed material. Hence, we’ll see a primary lens, an ultra-wide camera (119 degrees), a super-macro lens (4cm close-up shots) and a portrait (depth) lens that wil constitute the quad-camera formation.  The depth lens will be replaced by a telephoto lens in the Realme X Pro, as per current information.

There aren’t many days left before the launch and from what we saw, we know that the Realme 5 has a waterdrop notch display and rear cameras aligned in the top left corner at the back. However, there’s always time for leaks as long as the device does not become official.

Previous Oppo to expand its production capacity in India