The company starts rolling out a firmware update for its Realme 5S, Realme 5i, and Realme 5 smartphones. The update comes with the firmware version  RMX1911EX_11.C.59 on all the three smartphones featuring October security patch. Earlier, in June 2020 Realme 5, 5S, and 5i received the Android 10 based Realme UI update.

However, the new C.59 update brings overall improvement in the system performance and optimization. It also includes the latest Android security patch for the month of October 2020. According to release bulletin, the Android October security patch resolves 27 issues ranging from moderate to critical. The latest security update fixes issues with the media framework, Google Play system and Qualcomm components of Android smartphones. If left unfixe, these vulnerabilities could have enabled a hacker to execute arbitrary code on Android smartphones. 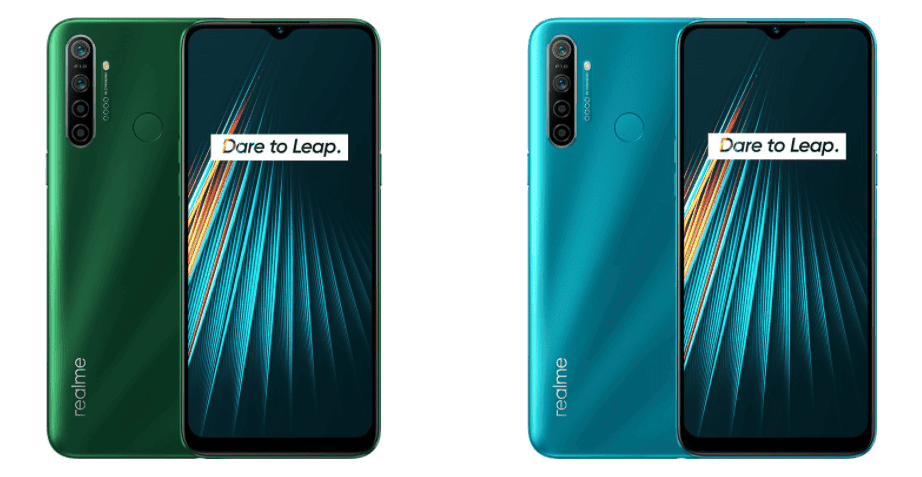 “The most severe of these issues is a critical security vulnerability in the Media framework component that could enable a remote attacker using a specially crafted file to execute arbitrary code within the context of a privileged process,” Google wrote in its Android security bulletin page.

The update changelog remains same for Realme 5, Realme 5S, and Realme 5i. We have listed the full changelog of RMX1911EX_11.C.59 update below:

All the three Realme smartphones have identical specifications except their cameras. Realme 5s packs a 48MP wide-angle primary camera, an 8MP ultrawide camera, a 2MP macro camera, and a 2MP depth camera. The Realme 5s camera section supports HDR and can record a video in 4K resolution at 30fps. Meanwhile, the Realme 5 packs a 12MP wide angle primary camera and rest of the camera sensors are same as that of Realme 5s. Moreover, Realme 5i has the same Realme 5 camera setup. On the front side, the Realme 5 and Realme 5s packs a 13MP wide angle camera for selfies. Whereas, the Realme 5i has 8MP camera with HDR support.

Realme 5, 5s, and 5i smartphones are powered by an octa-core Qualcomm Snapdragon 665 SoC and Adreno 610 GPU. All the phones have 6.5-inch IPS LCD display with 720 x 1600 pixel resolution and houses Corning Gorilla Glass protection. The phones house 5000 mAh battery with 10W fast charging support. The phones were launched running Android 9.0 Pie, but in June, the company has rolled out Android 10 update also.