The Lenovo A6 Note with model number  L19041 was certified by the Eurasian Economic Commission (EEC), and also passed the Geekbench test sometime last month suggesting its imminent launch. While it has yet to be announced, we have further confirmation that the phone could be launching soon, as it has now bagged Thailand’s NBTC approval.

The name isn’t under contention. The regulator clearly lists it as the Lenovo A6 Note, and it seems the device will launch as an entry-level smartphone. Specs details are at the moment not available, however, we got some hints as revealed by the Geekbench listing.

Powered by Android 9 Pie perhaps with the ZUI, the benchmark listing reveals that the A6 Note will come with MediaTek’s Helio P22 chipset clocked at 2.0 GHz which further confirms its entry-level status. The SoC will be keyed with 3GB of RAM, and unknow storage space. The Lenovo A5 has more than one RAM/storage versions, so there is the likelihood the A6 Note could get additional RAM or storage versions. On Geekbench, the A6 Note scored 760 in the single-core test and 3499 in the multi-core test. 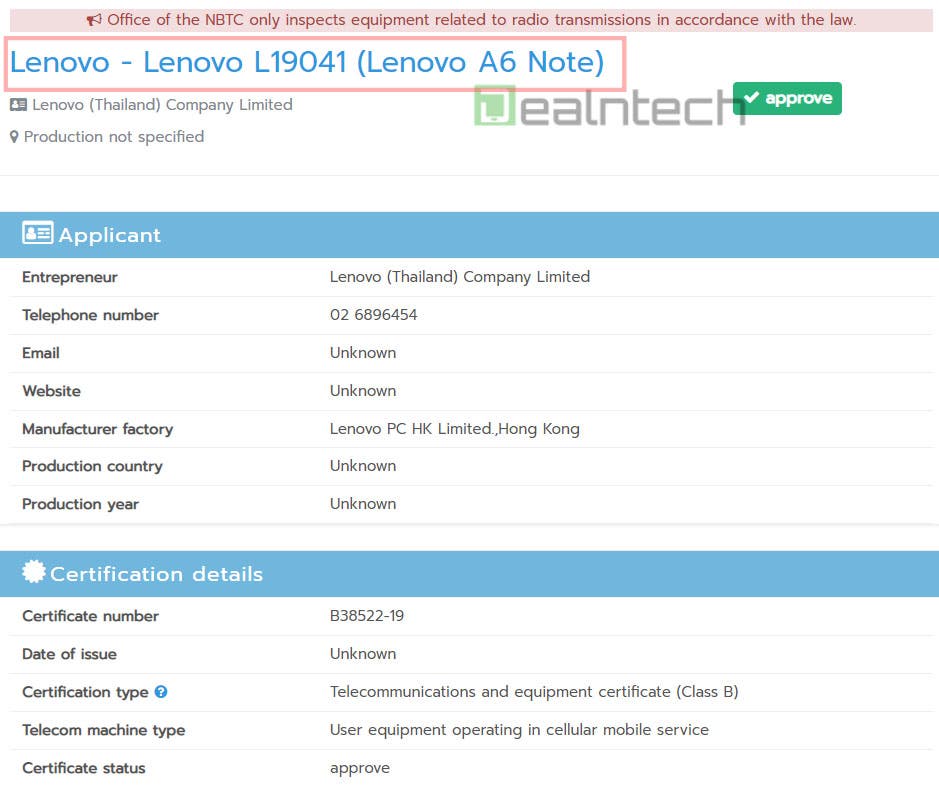 Not much else including pricing, and the release date is known about the phone, but we should be getting more details in the coming days.

Next Official : a new Oneplus 5G phone is in the offing, perhaps the Oneplus 7T