Facebook Twitter Youtube
After a brief hiatus in the Indian market, smartphone maker Lenovo is now back with a “Killer” smartphone. The handset maker has announced the successor of the K8 Note today here in New Delhi where I am present on behalf of Gizchina. The Lenovo K9 is a quad-camera phone that starts at Rs 8,999 ($122) and will be sold exclusively on Flipkart.
The K8 Note successor comes with a 5.7-inch Full HD display and has an 18:9 aspect ratio. It doesn’t feature a notch. It is loaded with a 2.0GHz processor and this is probably a Mediatek Helio P22 and has 3GB of RAM and 32GB of inbuilt expandable storage.

As for the cameras, the Lenovo K9 features dual rear and front shooters. Both are of the same configuration i.e. 13MP + 5MP with a host of AI features like AI low light, AI Bokeh, AI Beautify and more. It has a 3,000mAh battery with USB Type C and runs Android Oreo out of the box.
The company also announced the Lenovo A5 at the same event. This handset launched earlier in China and features a 5.45-inch display with a 4,000mAh battery as the highlight. It features a quad-core MediaTek MT7639 SoC clocked at 1.3GHz and has two variants – 2GB + 16GB and 3GB + 32GB.
As for the camera, there’s a 13MP on the rear and an 8MP on the front and a triple card slot that can house a microSD with two sims simultaneously. 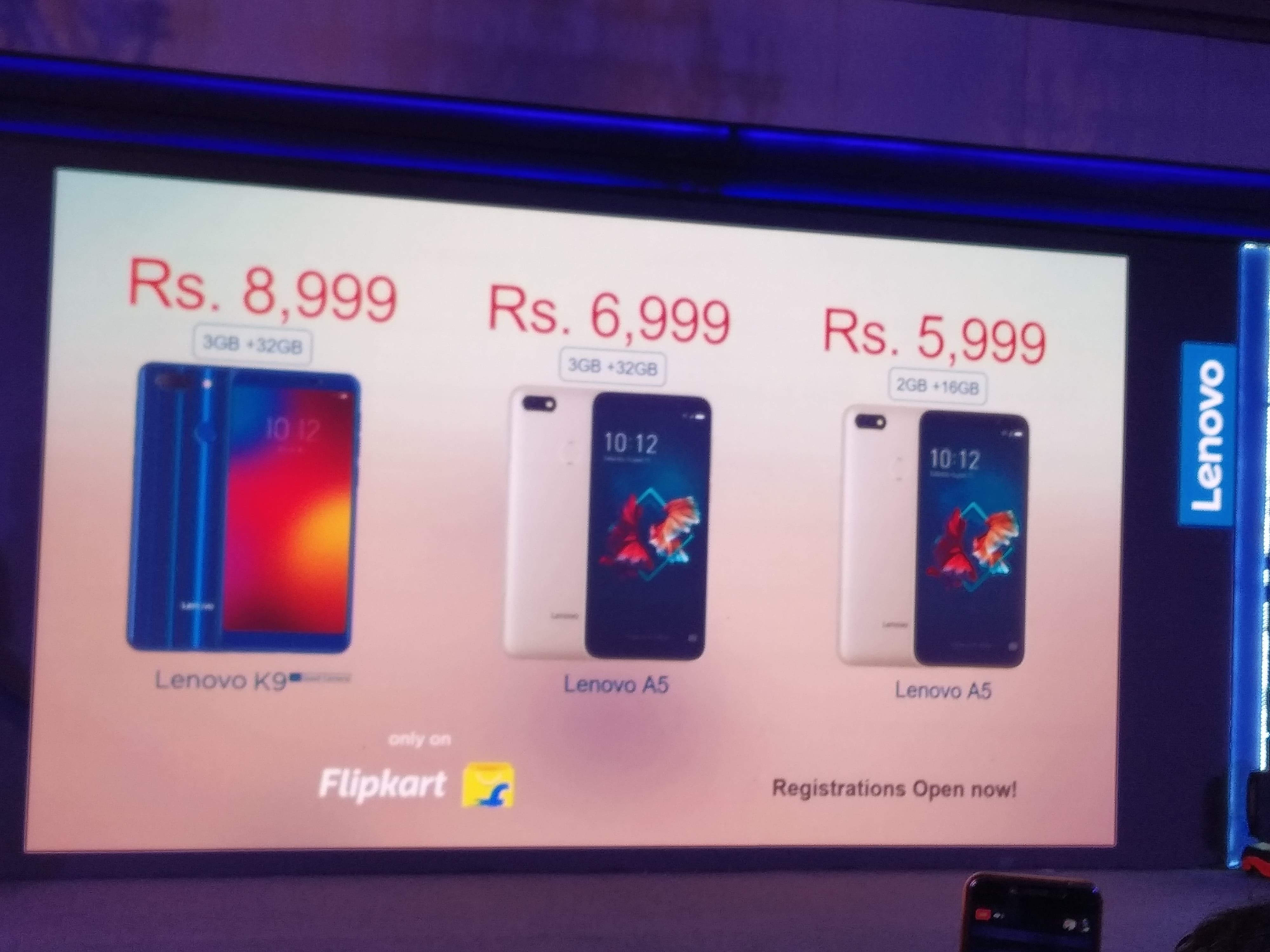