Chinese manufacturer, Meizu, will hold a product launch conference at the Meizu Base Camp – Zhuhai Grand Theatre on August 28. The company will officially release the Meizu 16s Pro flagship smartphone. As the release date approaches, more information on the specs of this device hit the rumor mill. According to a leaked publicity page of the Meizu 16s Pro, this smartphone has two versions. There will be a 6GB as well as an 8GB of RAM version. Now, we have another leaked image that reveals the screen size of this smartphone. 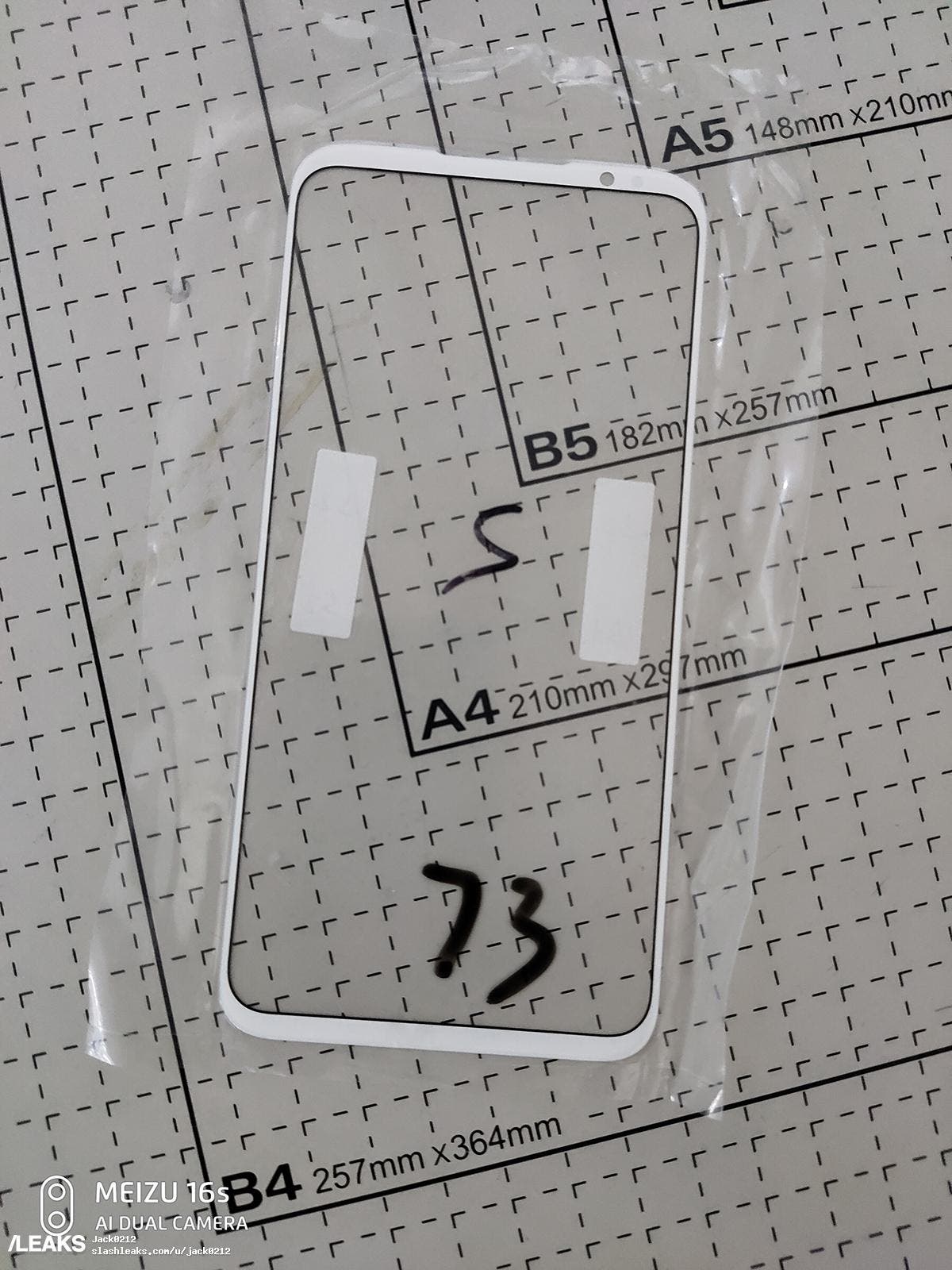 This new leak reveals the front panel of the Meizu 16s Pro. With the scaled paper on the desktop, it can be calculated that the screen of this smartphone is about 6.4 inches. This is about the same size as that of Meizu 16s. It can be seen that the Meizu 16s Pro is not a large screen model.

Furthermore, the page shows that this smartphone comes with a Snapdragon 855+ SoC. However, we have already seen this in its recent AnTuTu appearance. This recent leak seems to confirm the recent speculations that this smartphone will come with Flyme 7 OS. The page shows that the device will come pre-installed with Flyme 7.8 system and OneMind 3.5. version. Our best guess is that this is the last Flyme 7 version before the release of Flyme 8.

According to AnTuTu, the Meizu 16s Pro (m1973) not only sport SD855+, but it also scores a whopping 464,411. This makes it the current best performing SD855+ phone on AnTuTu. This smartphone also comes with an Adreno 640 GPU and a 2232 × 1080 resolution display. In the camera department, we have a 20MP selfie camera and a 48MP main rear camera. The rear camera uses a multiple sensor setup. According to Meizu VP, this smartphone will have a dark green colour option.