Recently, a lot of information on the upcoming Redmi Note 8 series was officially confirmed. As for the Redmi Note 8, this smartphone will come with a Snapdragon 665 SoC as well as a 48MP main rear sensor. Lu Weibing, the general manager of Redmi has released a new set of images to show the low-light performance of the Redmi Note 8 camera. 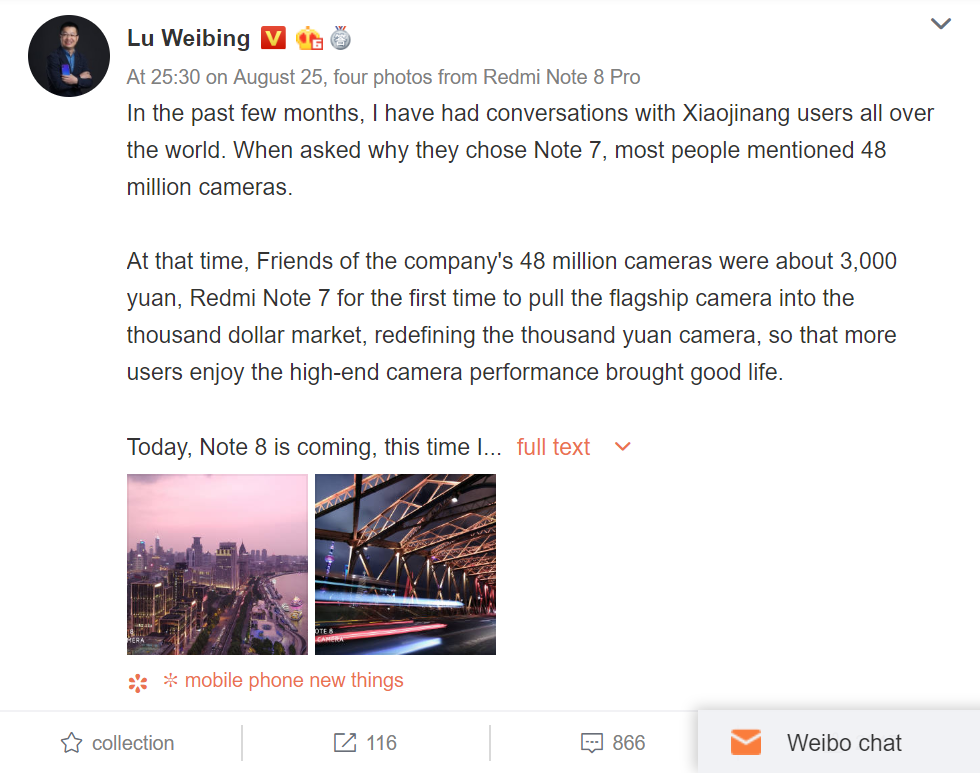 One of the images was taken with the Super Night Scene mode while the other used a long exposure shooting. According to Lu Weibing, the daytime performance of this camera is superb. The night four-in-one technology synthesizes 1.6μm large pixels with the super night scene function. The overall output is magnificent he says. Looking at these images, they are quite impressive. There are enough details and the noise is minimal. They also look real. 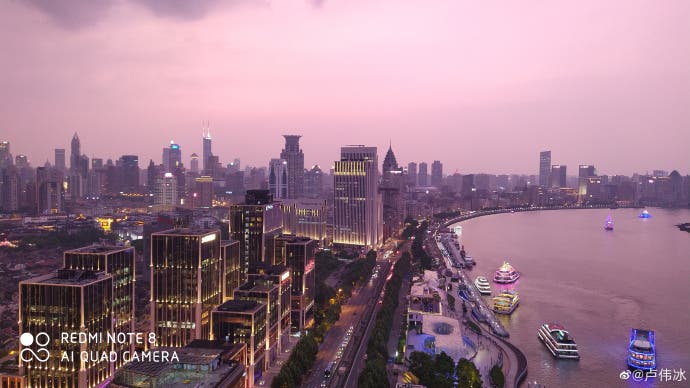