On March 17, Redmi’s new flagship Redmi K50 series will be officially released. Today, Lu Weibing announced some key parameters of the new phone on Weibo. He said that the K50 series will create a comprehensive experience upgrade, including upgrades in connection, power consumption, vibration, and positioning. Furthermore, he reveals that this series will come with a dual-frequency GPS, NFC, infrared remote control, and X-axis motor. In addition, the Redmi K50 series will be the first to support Bluetooth 5.3. 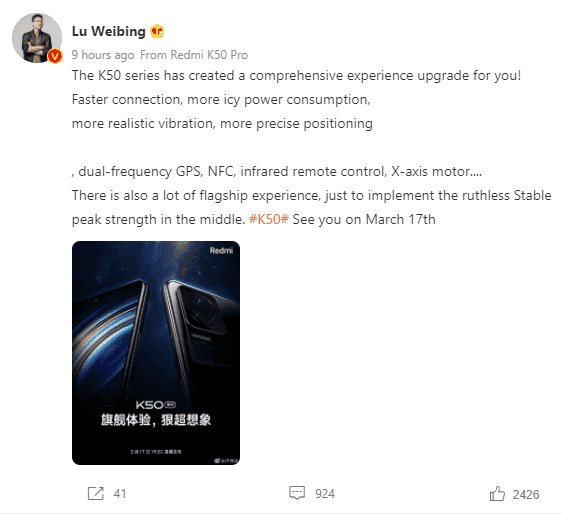 According to previously announced news, the Redmi K50 series will bring Dimensity dual flagships: the world’s first Dimensity 8100 and the world’s second Dimensity 9000. Among them, the K50 Pro+ will use the Dimensity 9000 which can reach 59 frames in the 60-minute experience of “Genshin Impact”. The temperature of this device is only 46 degrees. It is very difficult to find smartphones that go 60-minutes of “Genshin Impact” and still remain under 50 degrees. The performance and energy efficiency advantages are more advantageous than those of the Snapdragon 8 Gen 1. 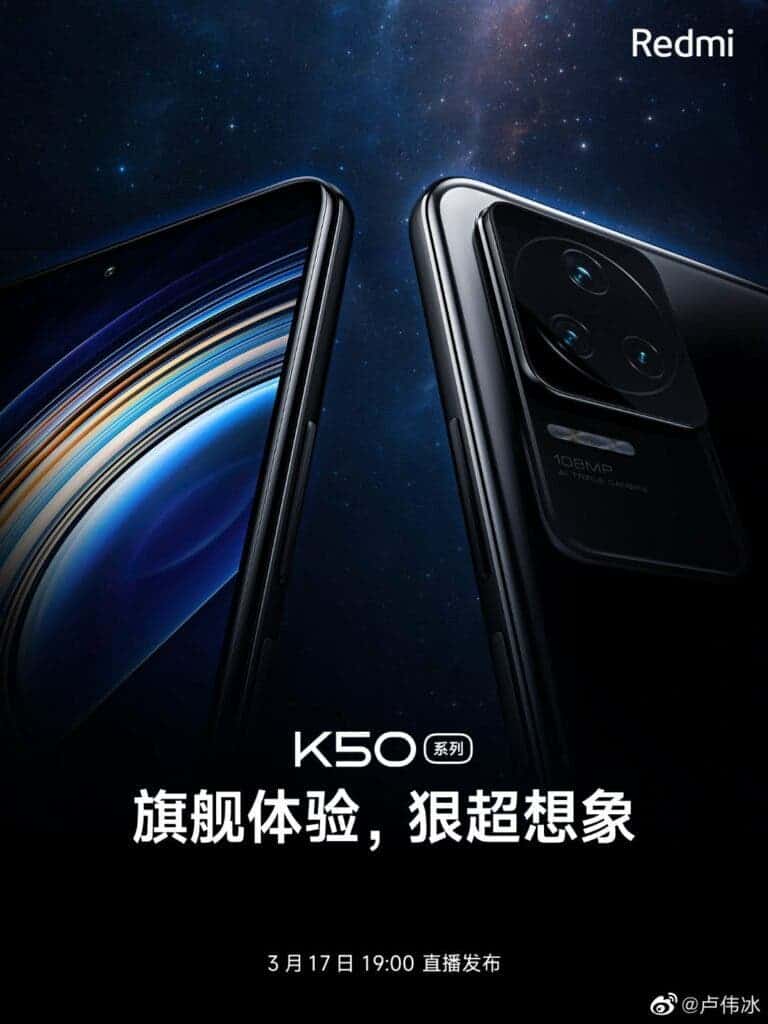 On GeekBench, the Dimensity 9000 on Redmi K50 scores well over 1 million points. In addition, this smartphone will also use a new generation of stainless steel VC heat dissipation. The main board coverage area is 3950m2, the coverage area is as high as 72%.

In addition to the Dimensity 9000 SoC, the Redmi K50 Pro+ will also come with decent peripherals. This device will be the first Redmi smartphone to come with a 2K display. There was some news before that the Redmi K50 Pro+ will use a center single punch-hole screen solution, with a flexible straight screen, and a 2K-level refresh rate. The 2K display will obviously be one of the selling points of this upcoming flagship smartphone.

Previous Telegram gets a major update: file sharing up to 2 GB and more options