Redmi has officially teased its first 64MP camera smartphone to launch on August 29th in China. But a leaked spec-sheet, as well as a price chart that have appeared today, may not leave much for the Chinese smartphone maker to reveal in a couple of days. Here are the leaked prices of the Redmi Note 8 Pro. 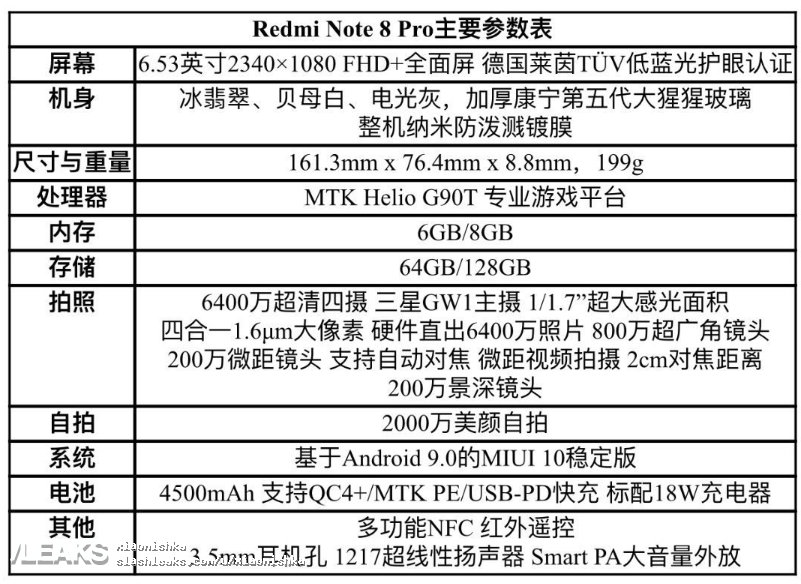 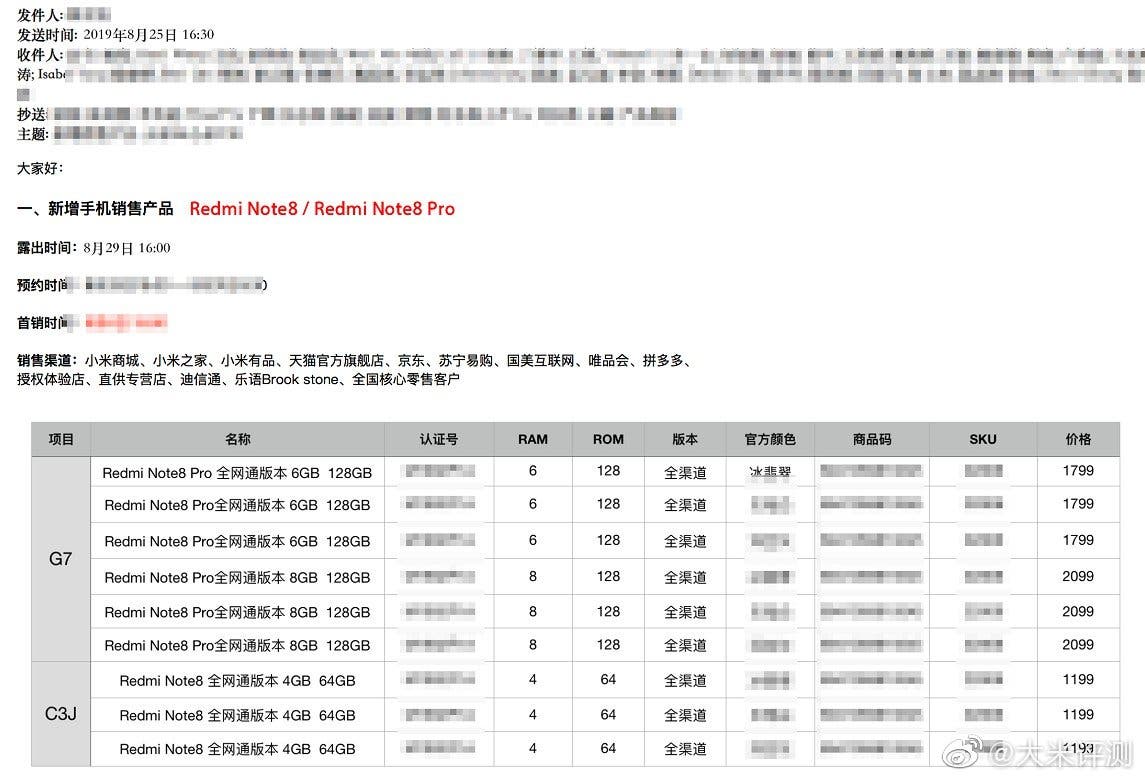 In terms of specifications, it seems the phone won’t come light as its weight is shown to be 199g. It could be, perhaps, because of the larger 4,500mAh battery and the 64MP sensor. Also, the front camera, that has been starved of any attention, looks like a 20MP sensor. There’s QC 4+ 18W fast charging, an IP52 rating, NFC, and a 3.5mm jack. The design of the handset has already leaked extensively so there’s nothing more to say there. We suggest the pricing be viewed with the eyes of sceptic rather than an optimist as there’s nothing to substantiate its authenticity.