Today, Honor released a poster which announces the Honor Band 5 Basketball version. The official poster comes with the phrase “35 seconds and 13 points, Ta is coming”. There are speculations that Honor may have gotten the endorsement of Tracy McGrady. This is because the term “35 seconds and 13 points, Ta is coming” is very similar to what McGrady did 15 years ago. On Dec. 9, 2004, the Rockets needed 13 points to top the Spurs, 81-80. They got the points within the final 35 seconds of the Game. Interestingly, all 13 points came from one man, Tracy McGrady. 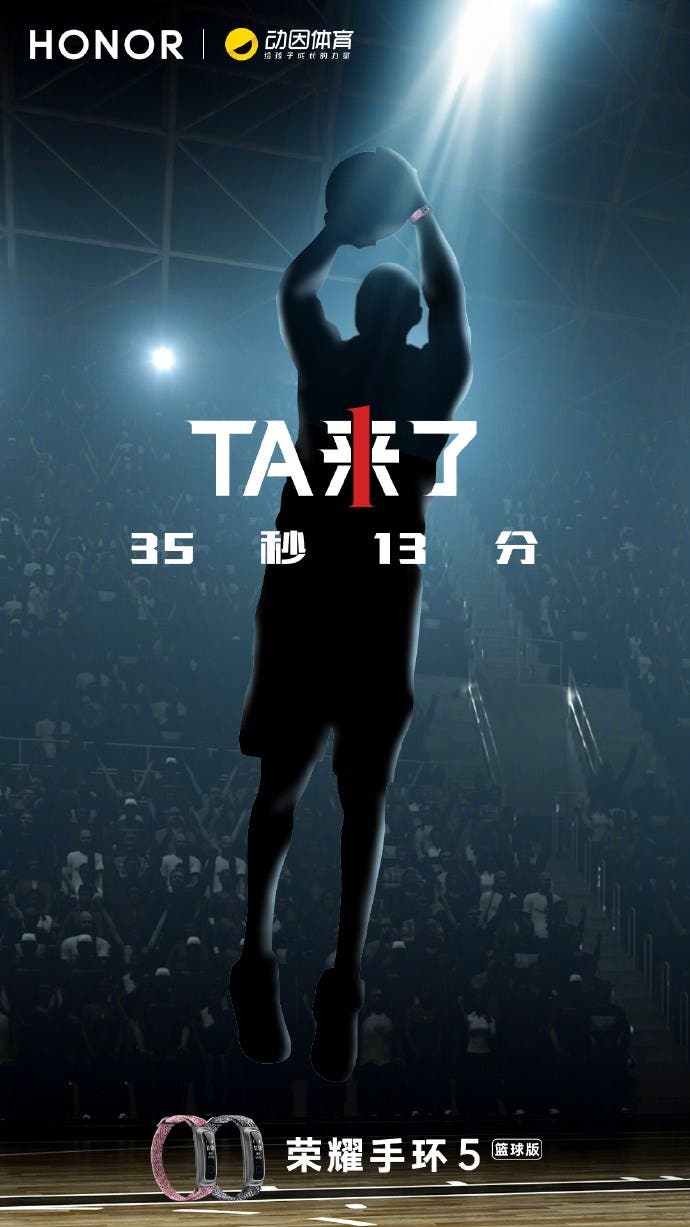 This is one of the great NBA miracles of the 21st century. McGrady scored 13 points in a 35-second span, thanks to four buckets from beyond the arc, a made free throw to complete a four-point play and a steal. Although there is no official confirmation to such endorsement, the poster seems to suggest it. As of now, the Honor Band 5 Basketball version is already on pre-sale at Jingdong mall. However, the price of this device is not available for now.

According to the pre-sale information, the Honor Band 5 basketball version supports professional basketball testing and professional running posture detection. Furthermore, its first official sale will take place at 21:00 on September 4. Recall that Honor 20S will also arrive on September 4th. It is most likely that both devices will arrive at the same event.