Nubia has officially announced that it ill hold a new product launch conference in Shanghai on September 5th. At this conference, the company will officially release the Nubia Red Magic 3S e-sports phone. 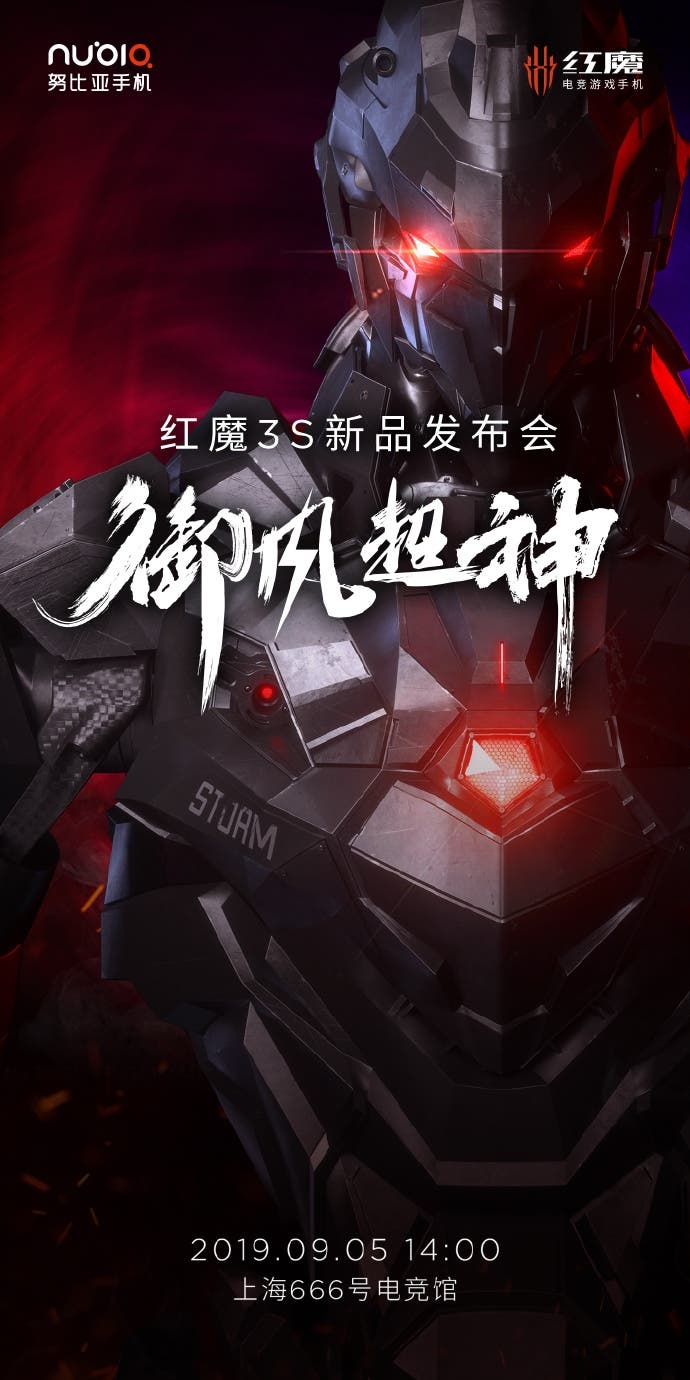 The theme of this conference roughly translates to “Super God”. The previous generation of Red Magic 3 took the lead in introducing the “air-cooled + liquid-cooled” module. It adds a fan design in a very small space to counter the heat source. The Nubia Red Magic 3S will obviously continue the heat dissipation design of its predecessor. There is even the possibility of an upgrade. , and it is possible to further strengthen it on this basis. The temperature control effect is worth looking forward to.

This smartphone will use the latest Qualcomm Snapdragon 855+ platform. Relative to the SD855, SD855+ comes with two major upgrades. Firstly, its Kryo 485 CPU clocks up to 2.96GHz, better than the 2.84GHz of Snapdragon 855. Secondly, its Adreno 640 GPU is 15% better in performance. In addition, it will come with a large-capacity battery. The previous generation uses a 5000 mAh battery. At the time, this was the largest battery for a Snapdragon 855 phone. This smartphone should come with a similar or perhaps better battery than its predecessor.

Next OnePlus TV will get three year of software support