Today, we learned about a new and amazing feature that will come our way with Android 10. It turns out if the system detects liquid or debris on the USB port of the device, it will disable the USB port and display a ‘USB port disabled’ warning notification on the phone screen.

Apart from this, Android 10 will also disable any attachments connected to the port and enable them only after the port has cleared all dirt. Samsung and LG devices have provided USB port pollution warnings before, but the effect was not good. Many users have complained that the LG G6, LG V30, Galaxy S7 Edge and other devices randomly appear wet warning notices. 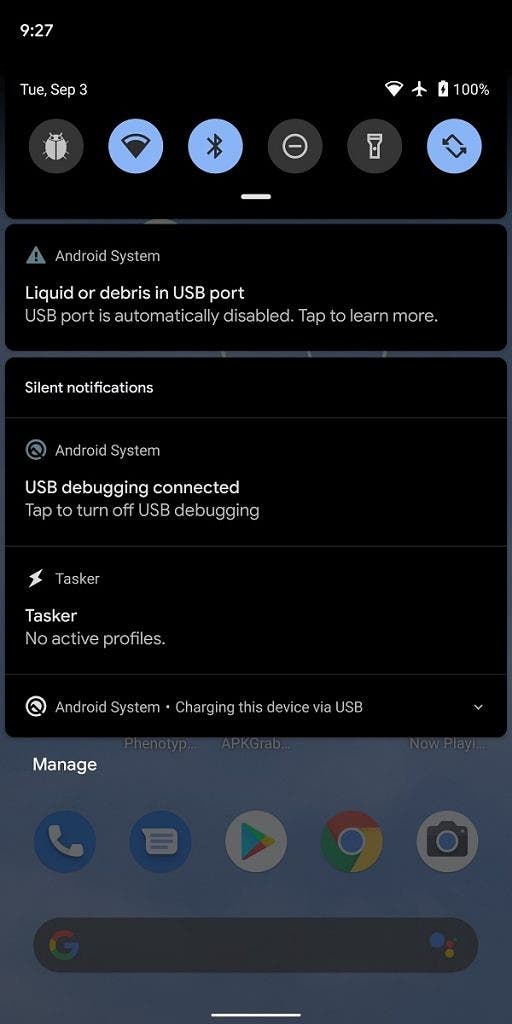 Another USB security enhancement built into Android 10 is to warn users to unplug the device when it is overheated. According to XDA, once the USB-C port reaches the specified temperature, Android will tell the user ‘unplug the charger’ and ‘note that the cable may get hot.’ The temperature at which the operating system considers the device to be in ‘critical status’ is 60°C, while the temperature at which Android considers it to be in an emergency is 65°C. 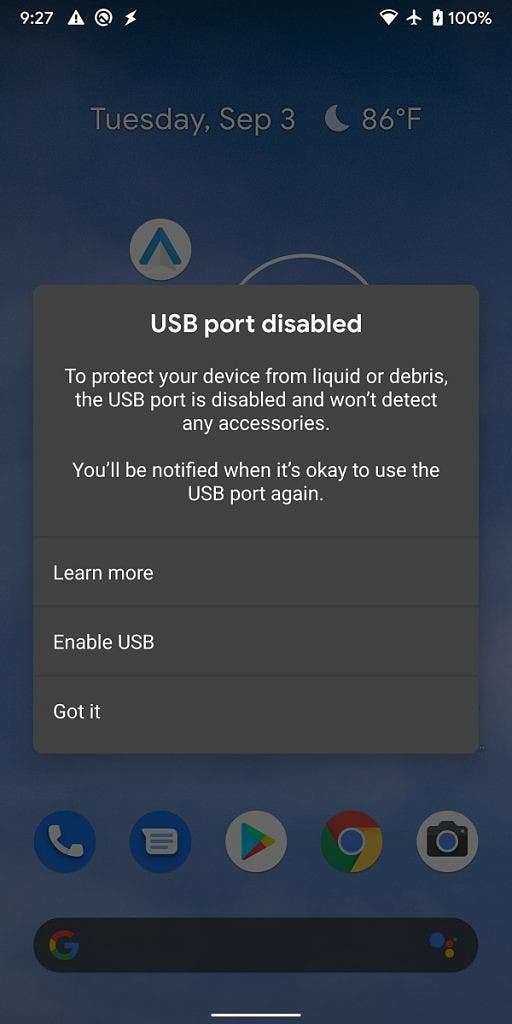 This feature prevents the device from overheating or helps prevent possible short circuits. But unlike USB contamination warnings, XDA indicates that this feature is optional for smartphone manufacturers.

By the way, Android 10 is already available for selected smartphones such as four generations of Pixel, Essential phone, OnePlus 7 and OnePlus 7 Pro, Redmi K20 Pro. Interestingly, Google began uploading the Android 10 source code to AOSP, kicking off custom ROM development for the new Android OS. As you can guess, the users have found the aforementioned two new features in the code.