Google just recently released its official look to Android 10 and following that, the alleged Google Pixel 4 has appeared on Geekbench today. It is to be noted that scores for the flagship phone are surprisingly low and that brings to mind probable scenarios where Geekbench logs fake entries of handsets. 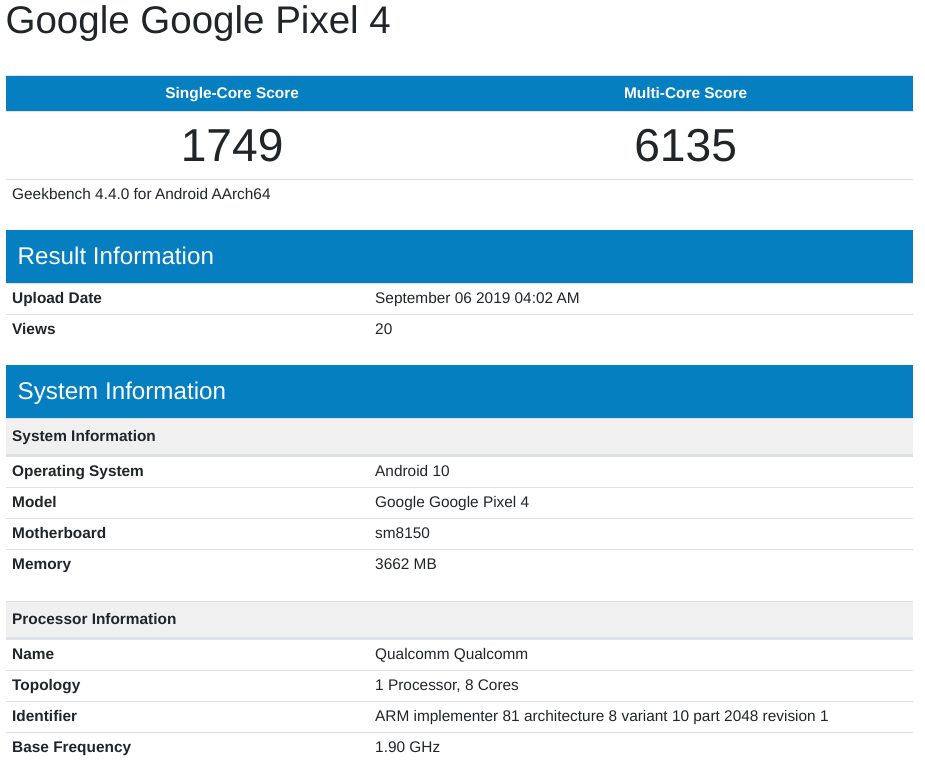 Regardless, the Pixel 4 has appeared for the first time with its actual name and the benchmark detects the SM8150, which is otherwise known as the Snapdragon 855. The new Android 10 OS runs on it as the device has 4GB of RAM. Considering the scores are half as much as current flagship Snapdragon handsets, we would take this with more than just a pinch of salt, as there’s no justification for such low marks.

The latest information regarding the Pixel 4 is that it the Soli chip won’t function in some parts of the globe due to certification hassles. Countries like India are in there and this is quite a bummer for those regions who will have to pay the price for the hardware while users won’t be able to use it.

The Pixel 4 design is all but official as Google itself has released teasers of the design. The 90Hz display also looks very likely as well as as superior Face ID-like biometric recognition system. Add to that the cameras that have long been the forte of Google’s flagships and we have a very tempting offering from the search giant this year. Our only prayer is to see the duo not succumb to various hardware issues that were faced by its predecessors. The launch of the Pixel 4 series is expected on the 9th of October.