Chinese manufacturing giant, Xiaomi, will release a couple of smartphones before the year runs out. For the flagship end, we expect the Xiaomi Mi MIX 4 in a couple of weeks. However, a recent peek at the official website of the Trademark Office (State Intellectual Property Office) shows that Xiaomi applied for trademarks such as Xiaomi Watch and Xiaomi MIX A, and Xiaomi MIX Alpha. 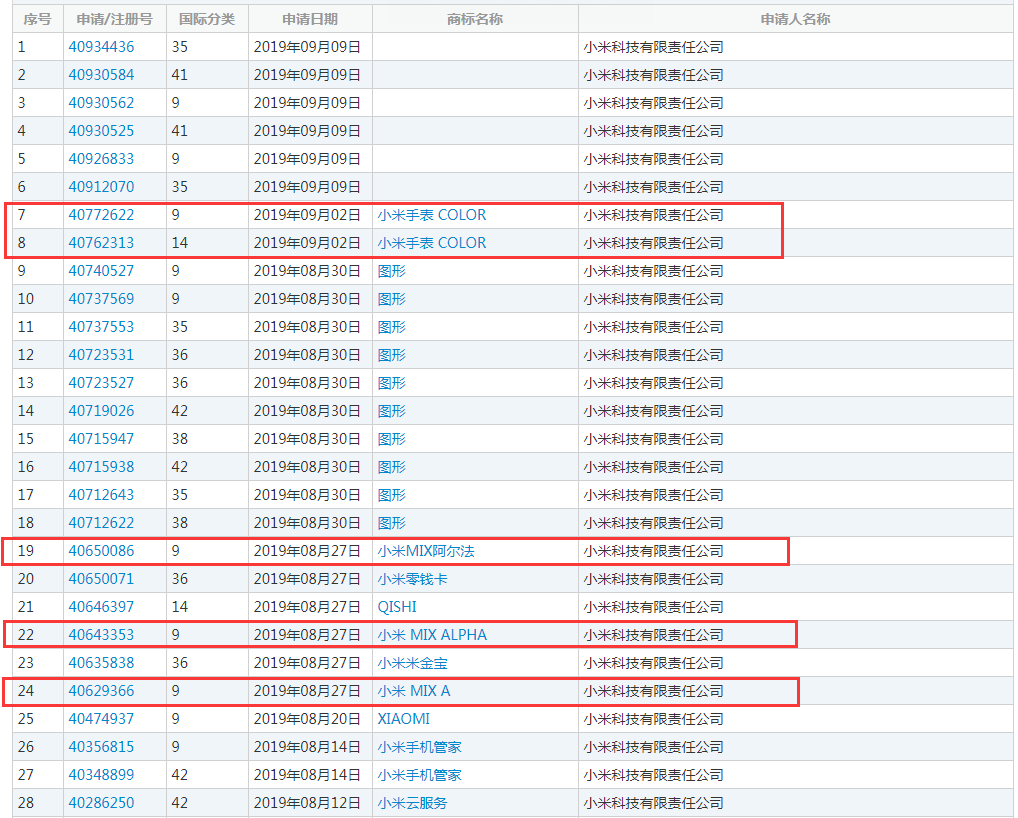 By convention, the next-generation naming of the Xiaomi MIX series should be MIX 4. It is still unclear whether the MIX Alpha trademark is the final name for the next-generation MIX series. Regarding the next generation MIX products, the current news shows that it may come with a 100MP sensor. This is the billion-level pixel sensor jointly released by Xiaomi and Samsung ISOCELL. Its resolution reaches 12032×9024, and the number of pixels is as high as 108 million.

In the core configuration, the new Xiaomi MIX series will use the Qualcomm Snapdragon 855+ SoC with UFS 3.0 flash memory. It will support at least 30W wireless charge which may support wireless reverse charging.

On the other hand, the Xiaomi watch trademark means that Xiaomi is about to launch a new smartwatch. Previously, @Mocha revealed that Xiaomi watch may arrive in October. This watch may come with a Snapdragon chip with standard NFC.

Next Great looking CHUWI UBook Pro is preparing for launch