Facebook today launched Portal TV that allows the user to make Messenger and Whatsapp video calls right from the television. In other words, Portal TV is an accessory bringing the company’s wide-angle video chats to the big screen. Alongside the Portal TV, the social-media giant has also revealed two more smart devices dubbed Portal and Portal Mini. Portal TV makes use of the Facebook account for Whatsapp and Messenger video calling feature. 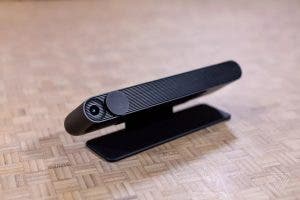 Facebook Portal TV make use of the HDMI port for the connectivity with the television. Once the user is signed in using the Facebook account, they can begin making calls using Messenger and WhatsApp. As expected, WhatsApp calls will be encrypted end to end giving you more privacy and security. In terms of design, Portal TV looks very much similar to the Microsoft Kinect device. Another interesting feature includes the fact that the camera can pan and zoom as the caller moves. If you’re someone who is more Privacy minded, the company has added a sliding cover which can disable camera and microphone. Also, there is a dedicated Red LED light that indicates the camera and microphone are off.

Portal TV supports voice commands meaning you can say “Hey Portal” to wake the device up and ask it to call a person in your network. The company has also added the support for live Augmented Reality effects for face and voice. The Smart Sound feature can improve audio quality by cutting down the background noises. The device also comes with picture-in-picture support allowing you to watch your shows while still keeping an eye on friend and family members. Portal TV also supports numerous streaming services such as Prime Video, Showtime, CBS All Access and Starz.

Facebook Portal TV is priced at USD 149 and will start shipping from November 5. You can also buy two Portal devices together to get USD 50 off. 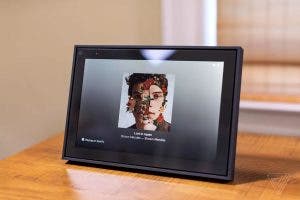 Along with Portal TV, Facebook has also launched two more smart devices called Portal and Portal Mini. Both of them follows the sleek picture frame design. Portal Mini comes with an 8-inch HD display while the Portal itself packs a bigger 10-inch HD display. Both the devices feature an adaptive display meaning it can adjust brightness and colors depending on the surroundings.  These Portal devices use the Alexa voice assistant for all the voice commands. Like any other smart display, you can watch movies, videos, and pictures on them. You can also use the Amazon Prime Video app on these Portal devices too. Portal Mini comes with a price tag of USD 129 while the Portal is priced at USD 179. These Portal devices will ship starting from the October 15th. Portal is even up for pre-orders in the US, Canada, and Europe.