A couple of years ago, Xiaomi launched the world’s slimmest TV with a 4.9mm width. This made a huge stir around it. Apart from this, the company brought one of the cheapest smart TVs to the market in face of the Mi TV 4A 32”. As for now, we are waiting for another masterpiece from this company. It’s said the Xiaomi TV Pro with borderless design will hit the market on September 24. And before this happens tomorrow, the real photos of the upcoming TV product have appeared on the net. 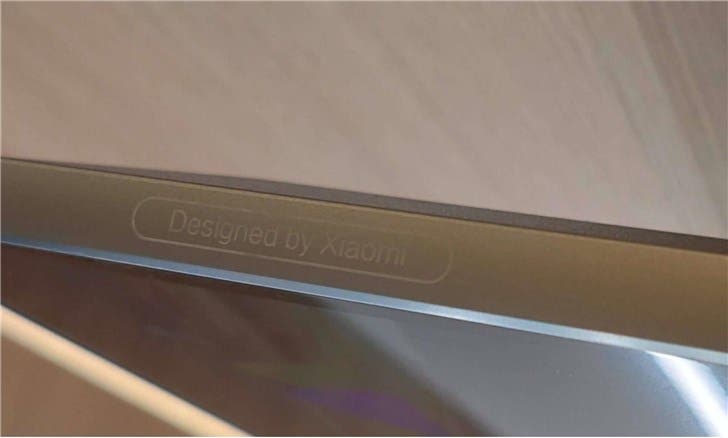 Earlier, Xiaomi released the first official renderings of the upcoming TV product. According to the official data, the Xiaomi TV Pro is all made of metal with aluminum alloy oxidized frame and aluminum base. In addition, Xiaomi’s full-screen TV has a specially designed 3D carbon fiber texture back panel.

Moreover, we know there are two models with 55-inch and 65-inch screens. And though there is not much information concerning the resolution and the like, the leaks claim the whole line of the new-generation Xiaomi TV will support 8K. As Xiaomi is currently selling 4K TVs, this statement sounds quite logical. So most likely, the upcoming Xiaomi Mi TV Pro will support 8K decoding and playback.

Latest reports now suggest that this TV will come with an Amlogic T972 chip. The latter adopts 12nm process technology and this is the most advanced process for TV chips. The T972 is jointly developed by Xiaomi TV and Amlogic. Compared to the previous generation, the overall performance is 63% higher. In addition, power consumption is reduced by 55 %.

Previous Samsung Galaxy Fold Landing In The US On September 27

Next Google announces PlayPass for Android, A subscription-based service that gives access to more than 350 apps and games