Mario Kart Tour is finally available as a free to play game on iOS and Android devices. It has reached 20 million downloads globally in its first 24 hours. Generating over $1 million in revenue.

The data disclosed by a report made by Sensor Tower, therefore indicate that Mario Kart Tour is the mobile title of Nintendo that recorded the best launch in terms of downloads, tripling those registered in the first 24 hours by Super Mario Run (7 million only on iOS).

The new title of the Kyoto house is also the most downloaded iPhone game in most markets. While in the revenue generated at launch it has to settle for a third place. The undisputed leader of the ranking remains Fire Emblem Heroes followed by Super Mario Run. 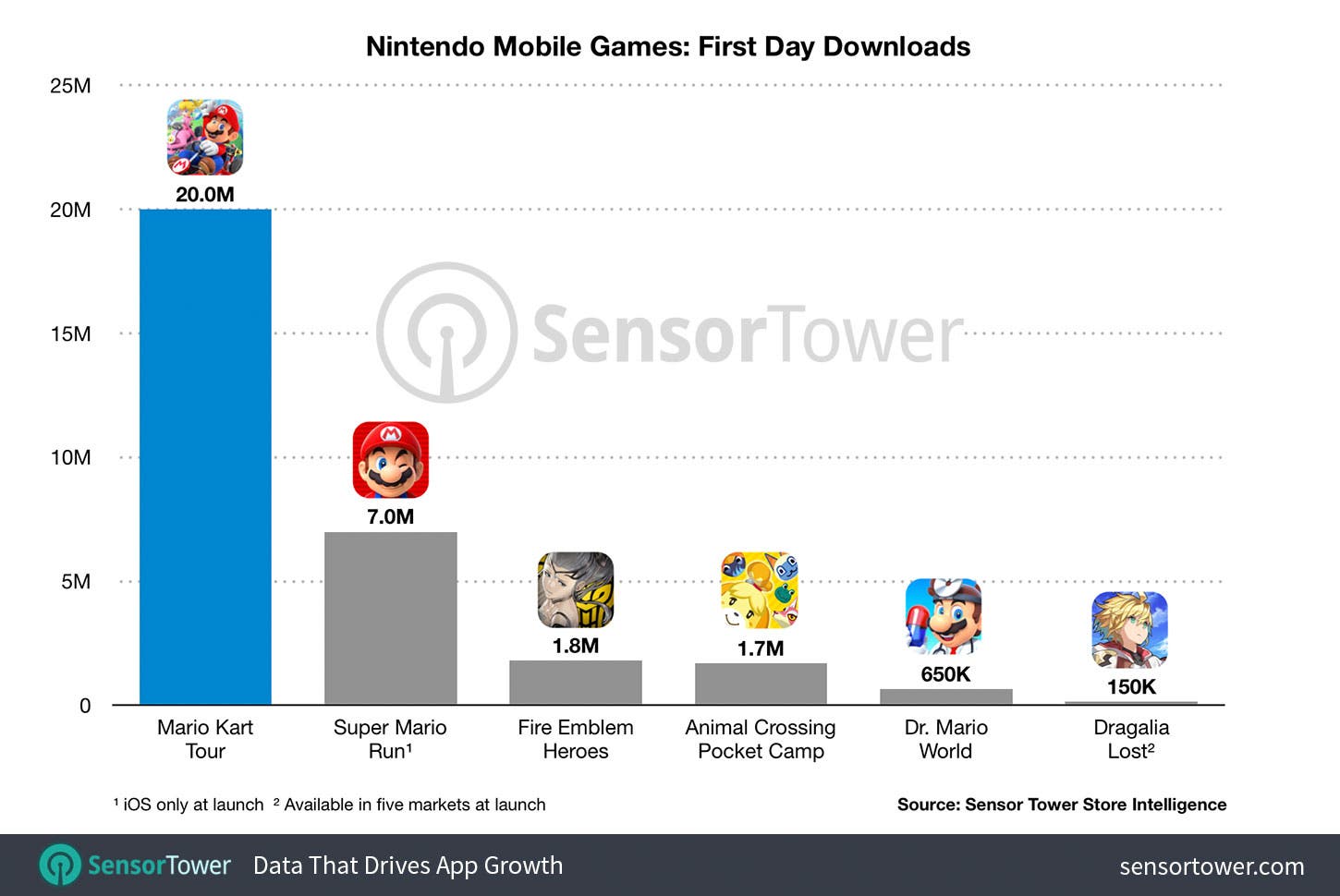 It’s possible that Mario Kart Tour will have a slower start in terms of spending. Compared to Nintendo’s other mobile titles. As the publisher and co-developer DeNA are experimenting with season pass monetization. Which includes a free two-week trial period before subscribers do actually pay.

Please note that the new game is available for free on iOS and Android, but includes paid content, among which there is a brand new Gold Pass, a sort of monthly subscription at a price of $4.99, which guarantees for example extra modes and rewards.