A few years ago, the smartphone makers began designing smartphones with dual-curved screens. As you remember, one of the pioneers was the Galaxy S6 Edge. Later other manufacturers joined the party. But with the emergence of genuine full-screen smartphones, this design was forgotten. Now there is an identical trend on the smartphone market again. Seems Xiaomi has gone further and announced a concept phone with a surrounding screen. But no one knows how practical it is. Instead, the top smartphone brands are actively making handsets with curved screen design. The upcoming Meizu 17 is going to be one of them.

Honestly, all the latest models of Meizu look eye-catching. In this sense, the forthcoming Meizu 17 is going to be one of the most beautiful curved screen handsets. Today, we have got another rendering of this phone. 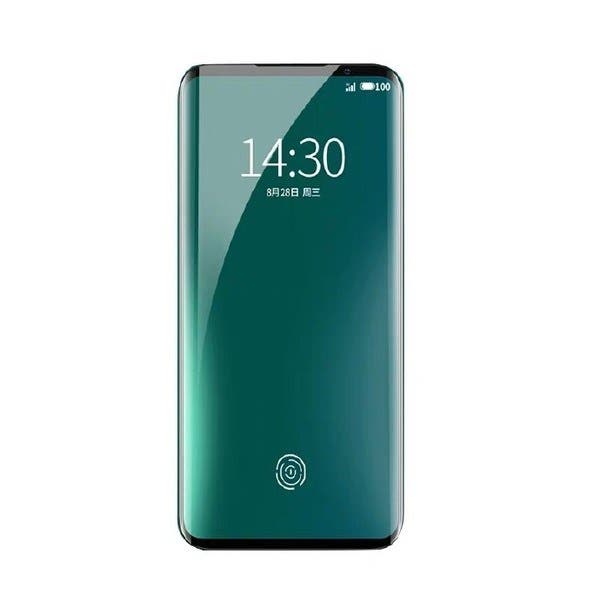 As the rendering shows, the Meizu 17 will use a hyperbolic screen. The forehead and chin are very narrow, and the screen ratio is very high. In addition, at the top of the phone, you can see the micro-slot earpiece. The front camera is placed in the upper right corner.

At the beginning of this year, Meizu announced a new crowdfunding project for the world’s first button-less smartphone called Meizu Zero. Although the crowdfunding failed, some of the ideas used in it appeared in the follow-up products of Meizu. This is also true for the Meizu 17.

As for the front camera, we can see its opening is too small. Likely it will use Samsung’s image sensor GH1. It has a single pixel size of only 0.7μm.

As for the rear camera, there is no rendering at the moment. But we have heard it will be packed with a triple-camera. Moreover, the main sensor should be Samsung’s 64-megapixel CMOS.