Realme – the online-only brand from OPPO has gained quite a huge fan following in India having grabbed a substantial part of the India smartphone market. The brand which started earlier last year in India is now looking to replicate its success story in its original home markert  China with a number of smartphone launches.

The brand recently unveiled the Realme X2 Smartphone in China and is now gearing up to follow that up with the Realme X2 Pro – a more advanced version that could take on the Redmi K20 Pro from its rival Redmi brand. 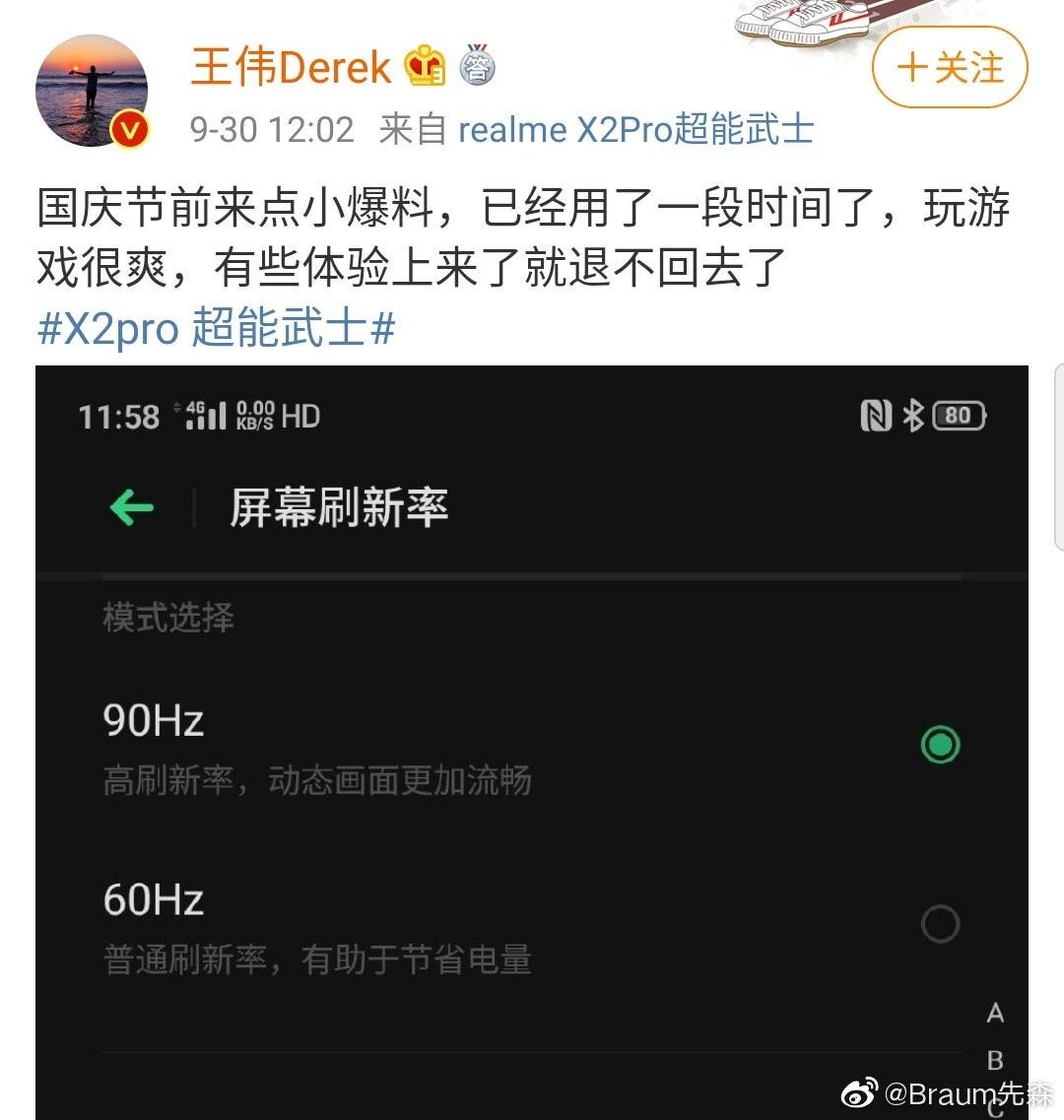 Realme has now started teasing the imminent launch of the Realme X2 for the Chinese market. The first official hint comes from brand’s Chief Marketing Officer Xu Qi Chase who took to Weibo to tease the launch of a Realme flagship with Snapdragon 855 Plus. The device as per Qi is. While no mention is made of the device in question, the said weibo post was posted from a device called “Realme X2 Pro Super Samurai”, essentially confirming the name of the device been teased.

The company hasn’t revealed any official specs details, however, reports from China suggest the Realme X2Pro could be launching soon, precisely in mid-October.  Besides getting the SD 855+ SoC, there are indications the device could get a display with 90Hz refresh rate, and a boost in the battery. Perhaps, a 4500mAh battery with the 65W fast-charging from the mother company Oppo.

There is no information on the pricing available, but we can expect it to be competitively priced to take on the Redmi K20 Pro.