It’s safe to assume that, thanks to a bunch of reliable reports, Samsung Galaxy S11 is still at least 6 months away from an official launch. So, if you’re stuck with a year-old sluggish Galaxy S9 and are waiting for the ‘next big thing’ to make it to the markets, you’re probably going to have to wait a ridiculous amount of time. With growing user reports of the phone slowing down after new software updates and annoying touch screen issues, it is a no-brainer to give up on the hackneyed device and switch to possibly the best smartphone of 2019, the Samsung Galaxy S10.

As we’ve come to expect from Samsung flagships, the Galaxy S10 comes with a gorgeous design and top of the line specifications. Not only is the device available in three different models, but also you can get each model in different storage options. The standard variant, dubbed Galaxy S10, has a 6.1-inch Quad HD+ curved AMOLED display, 8GB RAM, 3400mAh battery, triple rear cameras (12MP+12MP+16MP) and is available in 128GB and 512GB storage options.

The most expensive variant of the three, aptly named Galaxy S10+, comes with a larger 6.4-inch Quad HD+ curved AMOLED display, 8/12GB RAM, 4100mAh battery, and there are three storage alternatives to choose from, which include 128GB, 512GB, and 1TB (that’s more storage than my MacBook and phone combined!). The rear camera setup on this one is the same as the standard variant, though. The cheapest of the three, somewhat nonsensically named Galaxy S10e, is no inferior by any means. For a relatively lower price tag, the ‘e’ variant offers you a 5.8-inch FullHD+ AMOLED display, 6/8GB RAM, 3100mAh battery, dual rear cameras (12MP+16MP) and 128/256GB storage.

Those differences aside, all three of the models are powered by Qualcomm’s latest and best chipset of this year, Snapdragon 855, and each of them features a MicroSD slot to expand storage up to 1TB. For taking selfies, they’re equipped with a 10MP camera on the front with an aperture of f/1.9. The Plus variant, however, has an additional 8MP front-facing sensor for the depth.

Now that we have got the specs out of the way, let’s get to the point:

Why should you upgrade from Galaxy S9 to Galaxy S10

The new innovative design gets my vote

At a time when every OEMs in the business were bringing their versions of iPhone X rip-offs to the market, Samsung’s new range of high-end phones stood out from the crowd thanks to the all-new hole-punch design. It’s arguably the most efficient and elegant smartphone designs up to date.

As the name suggests, the new design from the Korean tech giant has the front-facing camera incorporated on the display, thus giving the device a more streamlined aesthetics and, most importantly, providing users with increased screen real estate. 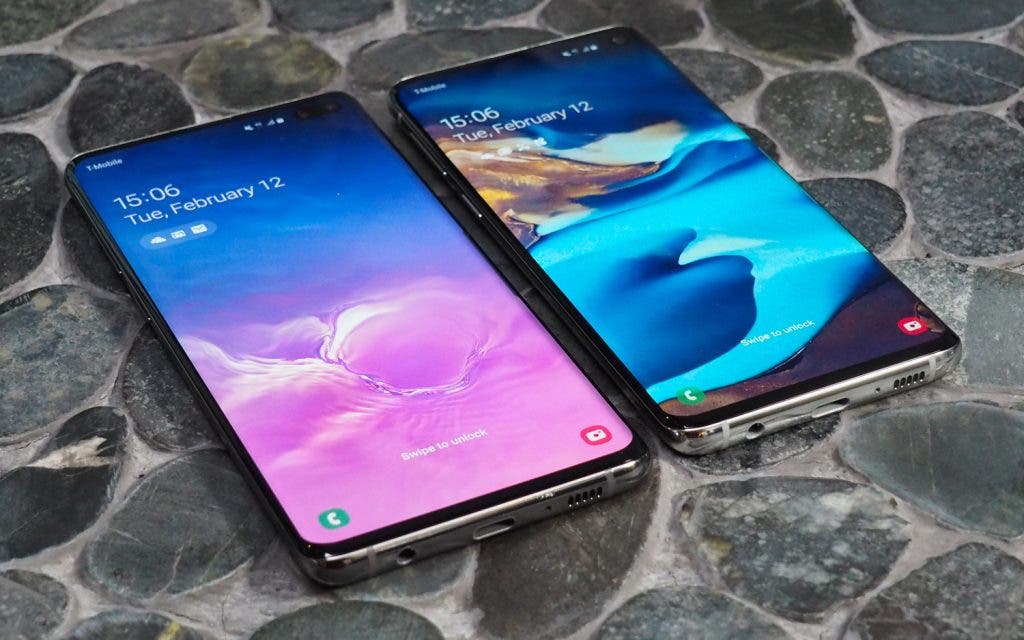 Last year, many fans took it to Reddit to share how annoyed they were with Samsung not releasing a flat-edged Galaxy S9. The firm addressed the concern this time around with the launch of a less-gimmicky Galaxy S10e.

This is perhaps not as surprising as it sounds, Samsung has an incredible track record when it comes to integrating the latest and greatest hardware in their high-end phones. It is almost always the first to release a phone every year with Qualcomm’s fastest processor on board as the firm has an unfair advantage being one of the handfuls of companies that manufacture Qualcomm chipsets.

Samsung promises a boost of 29% in terms of CPU performance and 37% when it comes to GPU performance compared to last year’s counterparts, and the GeekBench 4 multi-core scores pretty much echo the same: 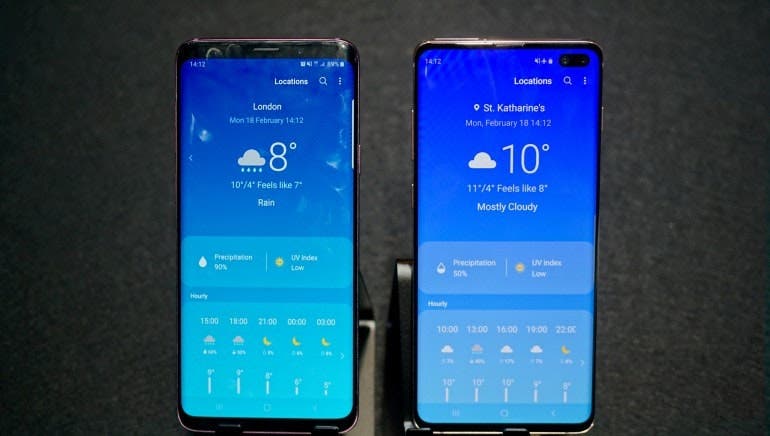 Yet another good reason to upgrade to a Galaxy S10 smartphone is the addition of a new feature called Wireless PowerShare. As the name suggests, the feature lets your Galaxy S10 phone act as a wireless charging source to power up your other devices like Samsung’s Galaxy Buds, Galaxy Watch, or pretty much any other Qi-enabled devices including another smartphone.

The feature especially comes in handy when you’re out on the road and your dearly priced Airpods gives up on you with a low battery warning.

5G is the next big thing in wireless technologies and network providers across the world are working around the clock to make a large-scale deployment possible by 2020. For the sake of future-proofing against the imminent arrival of 5G network, Samsung is offering a 5G variant of the Galaxy S10 because obviously, you don’t want to spend a thousand dollars on a technology that is going to be outdated in less than a year.

There’s a Galaxy S10 for everyone

If you don’t want to spend an arm and a leg on a new phone, then I’d suggest you go for the Galaxy S10e that currently starts from $750 for the 128GB version. Meanwhile, if you don’t have any budget constraints, feel free to check out the Galaxy S10 or the S10 Plus that are available from $900 and $1000 onwards. That said, it’s always good to save some bucks whenever you can. So, if your Galaxy S9 is gonna be locked up in a shelf till eternity after you upgrade, it’s probably a good idea to trade in the old pal for some sweet dollar notes — you can get as high as $259 according to SellCell, a price comparison site that promises to give the best prices for your old gadgets.