WhatsApp is working on the development of the dark theme for the application for a while now. But only recently seems to have really focused in making it suitable for everyday use.

Probably, the pressure from the ecosystems of iOS and Android, which now increasingly supports the dark mode pushes the developers of the app to quickly adopt it. So as to require a greater focus in the latest versions of WhatsApp Beta.

An official date is not yet available, but the version 2.19.294 marks another step in the right direction. With the management of emojis that now respect the dark theme. As specified by the source, the dark theme is not actually available in the beta, it is still new in the code that is not applicable. WABetaInfo acted directly on the apk to activate the functionality. 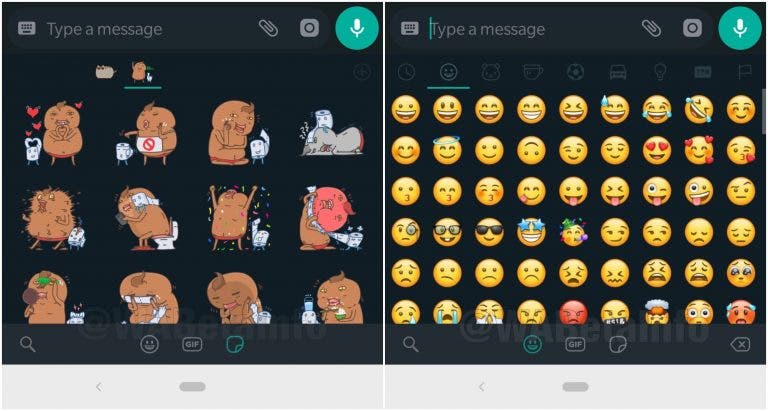 It is worth to mention that the specialized WABetaInfo site has previously discovered that Whatsapp developers are testing the self-destruction of messages in a beta version for a small handful of users.

They discovered that in WhatsApp’s group conversations, a “Disappearing Messages” option should appear. To use this feature, however, you must be an administrator of the conversation in order to access the “Group Settings”.

In the screenshots shared by WABetaInfo, we also see that it is possible to customize the delay of deleting messages. Only two choices we have in the test version: 5 seconds and one hour.

WABetaInfo specifies that the date of official deployment of this feature on WhatsApp is still unknown at this time.