After just announcing Joy UI 11, Black Shark has announced the Orange Blast version of the Black Shark 2 Pro in China. The Orange colour version will be released on October 18th and it looks likely to get baked-in  Joy UI 11. The company initially only launched the Silver, and Black shades later following it up with the sporty Blue colour. And this Orange version will be the latest to debut in a couple of days. 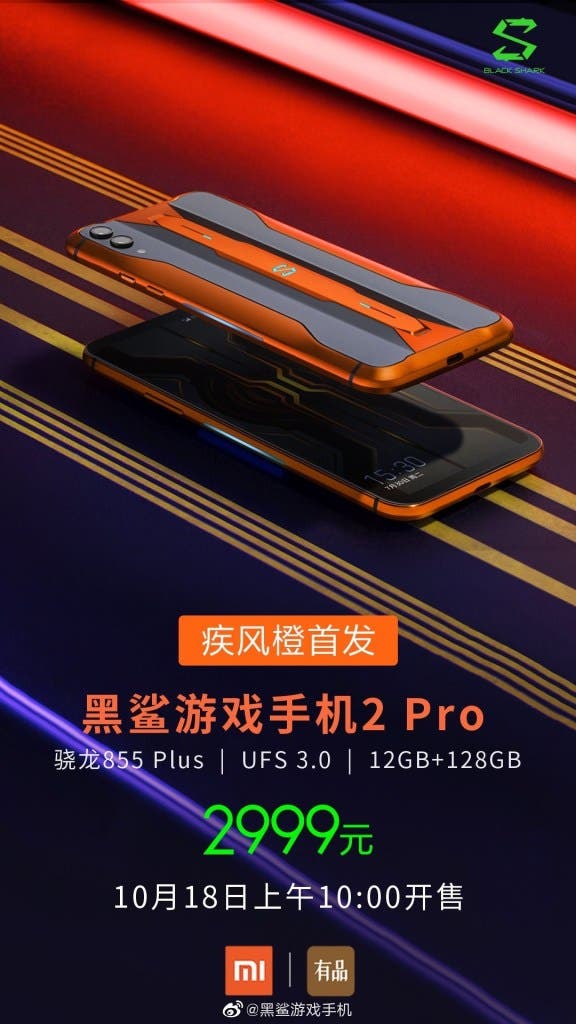 The price, thankfully, isn’t anything more than other variants. It’s 2,999 Yuan and sales will be on Xiaomi Mall.

The Black Shark 2 Pro comes with some pretty great features for that price. It has a Snapdragon 855+, a 6.39-inch Samsung AMOLED display,  27W-capable battery, advanced liquid cooling, full DC dimming, as well as UFS 3.0.

Previous The dark theme of WhatsApp beta is almost complete