Reports from a few days back had it that VIVO was on the verge of launching a new VIVO IQOO phone, perhaps, dubbed the VIVO IQOO Neo 2 or simply the Vivo IQOO Neo SD855 variant. It already surfaced on Geekbench with some impressive scores, and as well on the AnTuTu Benchmark.

We are still uncertain what marketing name the brand will adopt, however, it is a given that the upcoming Iqoo Neo Smartphone will be an updated version of the standard Neo.

Now, the company has taken to Weibo to once again confirm it has a VIVO IQOO Neo phone with the SD855 in the making. The device will go official on October 24th in its home market – China. 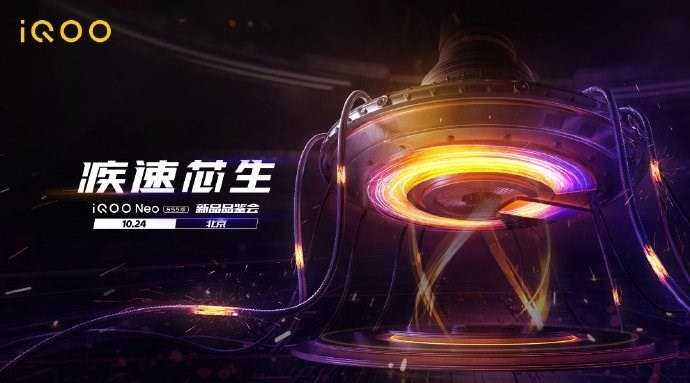 Official specs and design details are still under the wraps, however, the biggest upgrade the Iqoo Neo 2 will get is in its processor. Recently on Geekbench, the alleged VIVO Iqoo Neo 2 netted 3516 points in the single-core mode, while running in multi-core in managed to get 11262 points. These scores point to the flagship SD855 and has now been confirmed by the launch poster.

Other than the SD 855, the benchmark listing also reveals the said Iqoo Neo2 will come with 8GB of RAM, while it will boot Android 9 with custom UI out of the box.

Furthermore, the AnTuTU benchmark appearance also suggests the iQOO Neo 855 version or Iqoo Neo2 if you like has a 2340×1080 display. And much like the standard Iqoo Neo, the Neo 2  should retain the in-display fingerprint scanner, with at least three rear cameras.

Next MIUI 11 scheduled for Redmi Note 8 Pro in December