Xiaomi released MIUI 11 yesterday in India alongside the Redmi Note 8 Pro and it comes with some pretty big system-wide changes, some even specific to the Indian region. The key elements include a minimalistic design, an Always-On display, a system-wide Dark Mode, wallpaper carousel, and much more.

Now, many of these features were official in China and we know how they work. However, there were India-specific features which are interesting and we need to highlight them here. 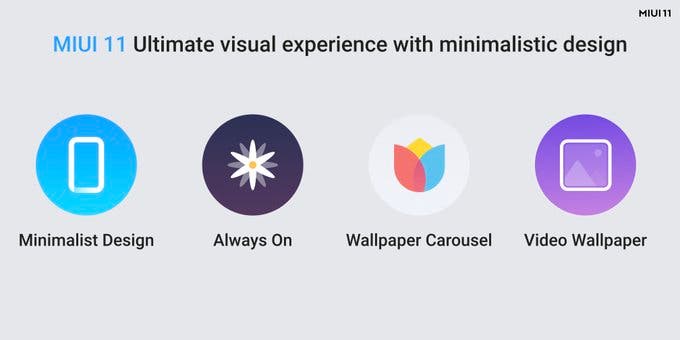 Xiaomi introduced a Mint keyboard in collaboration with Bobble with support for 25+ Indic languages. The keyboard also supports translations within transliterations, real-time emoji predictions for Indic languages, cloud sync and much more. There are also, of coures, Quick Replies, which is a sorely missed feature, although we don’t know if it’s specific to India. It allows users to still reply to messages and calls while viewing a video or playing a game.

What’s unique with the Mint Keyboard is that you get to translate while you transliterate to other languages from English. You will also be able to find relevant emojis for all vernacular words. #MIUI11 pic.twitter.com/W0ERX9eCIt

There’s, of course, an upgrade to stock apps such as Files Manager, Calculator, To-Do, and Docs as well with very interesting new features. Xiaomi also introduced Dynamic Wallpapers which is actually your favourite video clip set as a wallpaper. There are many noteworthy features that you would want to check out, for which we link to the official thread here.

Take a call or reply to messages without interrupting your game/video. Use the floating tab for replying to messages on #MIUI11 pic.twitter.com/ETAKB2iySv