Vivo is well-known for offering smartphones across various price segments. Recently, the brand made a breakthrough with its flagship Nex 3 which comes with a waterfall display. And now the company has started teasing a budget smartphone in China which will be powered by Qualcomm Snapdragon 675. Now, the BBK sub-brand already has multiple offerings with that SoC even in China but this looks like a Y series handset. 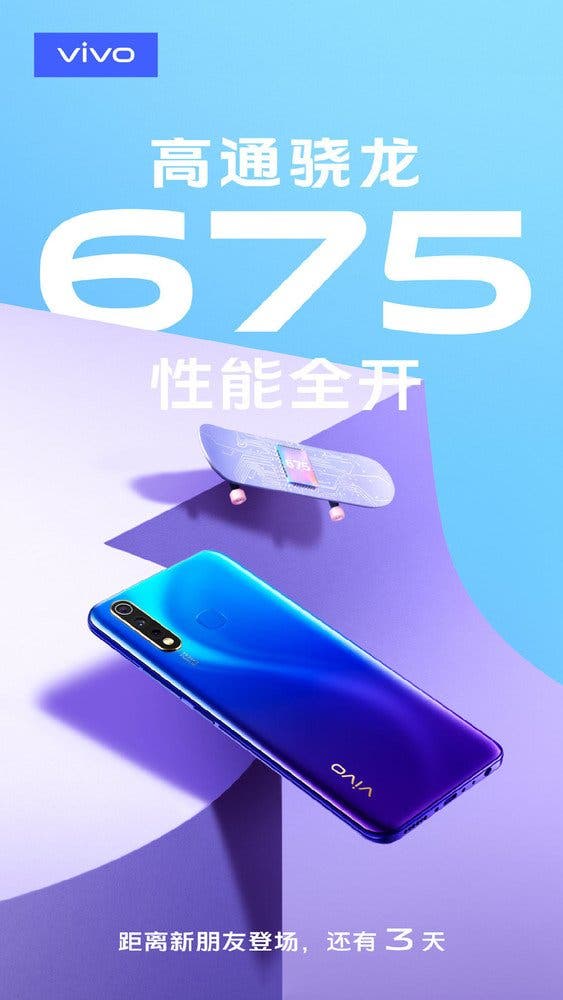 The official Vivo account on Weibo posted a picture of a phone with the number 675 at top. Which clearly means the phone that is being teased will be powered by Qualcomm Snapdragon 675. It is interesting to note that this chip also happens to power three of the popular Vivo smartphones – V15 Pro, V17 Pro, and S1 Pro. But all of them are mid-range smartphones with under-display fingerprint sensors. However, this one will come with a regular passive fingerprint sensor on the back as seen in the picture.

The name of the phone that is being teased by the company is not clearly known yet but it will come in this blue colour gradient with an S curve. The Vivo branding will be located vertically at the bottom left corner as you can see from the picture. Another strange thing to notice is that this device will come with micro-USB port alongside a 3.5mm headphone jack at the bottom. This suggests this upcoming phone will be an entry-level budget offering with a powerful processor.

We will know more about this upcoming Vivo smartphone when it will be announced in three days as mentioned at the bottom of the teaser image.