For another year Google managed to disappoint all those of us who still believe in them finally unveiling a true Pixel flagship. Ok, it’s true that year after year the company launches decent mobile phones, equipped only with the best of what their software can provide. It’s not just the latest version of Android we find in its flagships, but the also an amazing – without any doubt – camera software. And yet beyond software, its decisions on mobile hardware design and sales policy are tragic. I think they come from someone who hates cell phones or even worse, a panel of people with different ideas and perceptions. You don’t believe me? Just have a look at how the latest Google Pixel 4 series models were designed ! 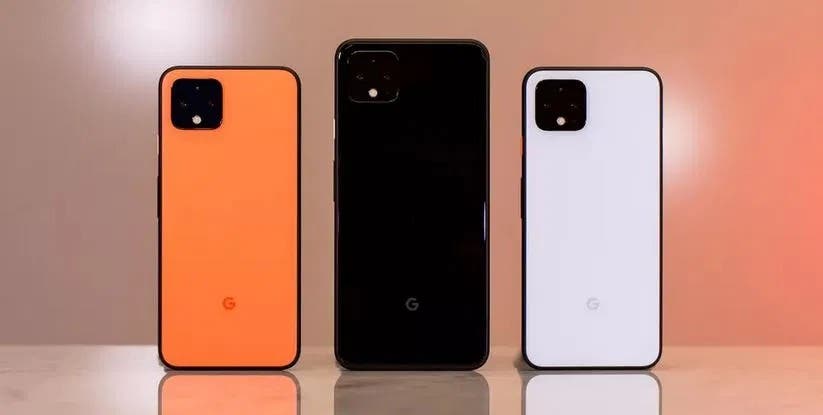 Each year Google delivers something good – this year’s 90Hz display – with all the other features being mediocre (except for Qualcomm’s premium processors that is) and well below the competition. On top of that adds some… icing to the cake like:

No matter how happy someone is when they get the Pixel 4, their smile disappears after 1 or 2 months. Period.

This year the company went for a trip back to 2016, at a time when there were no notches but there were huge bezels on the top. Their excuse this year is the implementation of the… “Soli radar”, the same one that they spent more than 1 year trying to make it finally work! The Mountain View company did not put a fingerprint scanner on the display but instead they added 3D facial recognition. But isn’t it a bit late for using 3D facial recognition? Xiaomi tried it with the Mi 8 Explorer Editon back in 2018 and… failed. Apple has been using it for years and… seems to be ready to ditch it in next year’s iPhones while Samsung removed tried and failed with the iris scanner last winter. Everything shows that this feature is over. Why does Google insist on something that is extremely expensive and above all does not work properly? In case you missed the news the phone opens even with the owner’s eyes closed, a tragic security bug. The other solution for the owner is the pin / drawing, and as Google mentions and advises, this is the “safe solution”. From that alone I would not buy the mobile. How difficult is it for a simple fingerprint scanner to be added in the back or even the one that Huawei puts on its screen in its latest flagships?

OK, I can agree that a 90Hz screen will look great to the eye, but… it will also drain the battery to 15% by the afternoon. The company provides a charger that will give you 1-2 hours of extra juice until you get home with a just 10-15 minutes charging time. Otherwise you can choose to use the display at 60Hz but then there is no reason to pay an extra to upgrade to the Pro from the simple Pixel 4, is there? 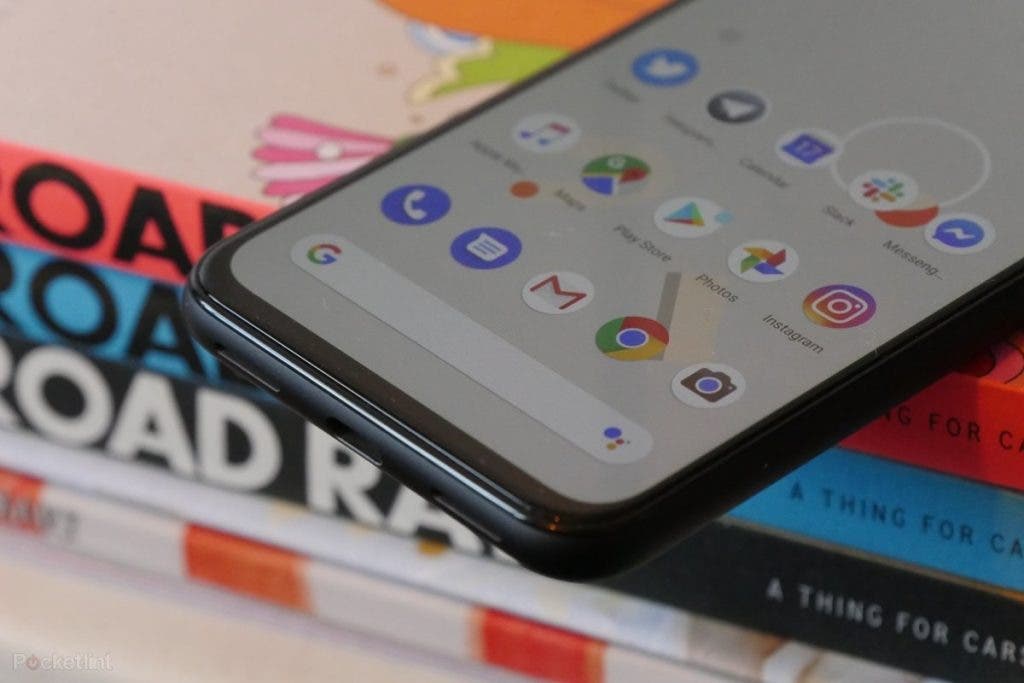 Google used a huge QHD display for the larger Pixel 4 XL model, thus reducing its battery life by 30%, while packing a smaller battery than the one OP7 Pro uses (3,700mAh vs 4000mAh) and a mediocre charger (at 18W vs 30W). Google also fools people into thinking they own a phone with a 90Hz display but don’t be fooled: it runs on 90Hz only when you scroll. All the other time of the day it stays at 60Hz 😉 Of course you can go to the Developers Options of your Pixel and set your display to run constantly at 90hz, but then you will also need a 20,000mAh power bank to go with.

The two cameras (mainly due to the excellent software) hold the bar high and at the time, are the main reason why anyone should get this phone. Unfortunately I have to add that currently Google doesn’t have 4K @ 60 FHD support because that’s their… decision. How difficult is it to add two more cameras at the back? It’s so easy for Xiaomi to have a 64MP quad camera at the 1/3 of the price on the Redmi Note 8 Pro and Google finds it hard to manufacture? 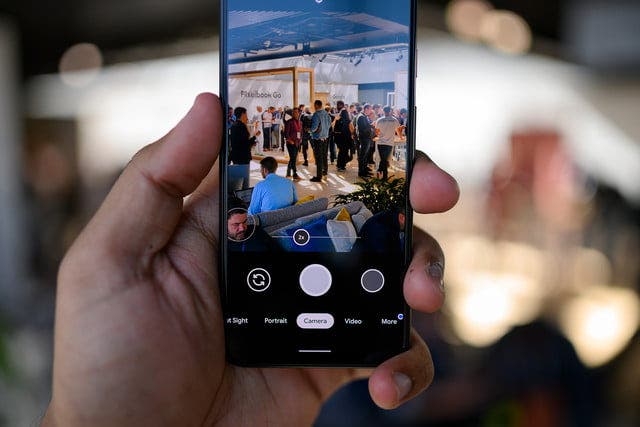 Let’s talk also about the 8MP selfie camera, at a time when there are phones sporting 32MP selfie lenses! OK, I admit that the software is what makes the difference but surely a tech behemoth could come up with something better for their flagships, don’t you agree?

The Soli radar is one of the most advertised products of Google but… its performance is short of a hit and miss at the time. Some times it works great. Some others… it just doesn’t work! Also the Soli radar seems to be using a radar frequency that has been banned in the world’s most populous country! Yes, India, the market that supports the Chinese industry (Xiaomi, BBK) will not import the Pixel 4 Series due to this reason. This way Google loses a 1.3 billion people economy! I haven’t heard of a worse marketing decision and still no one in Mountain View seems to be shedding a tear. 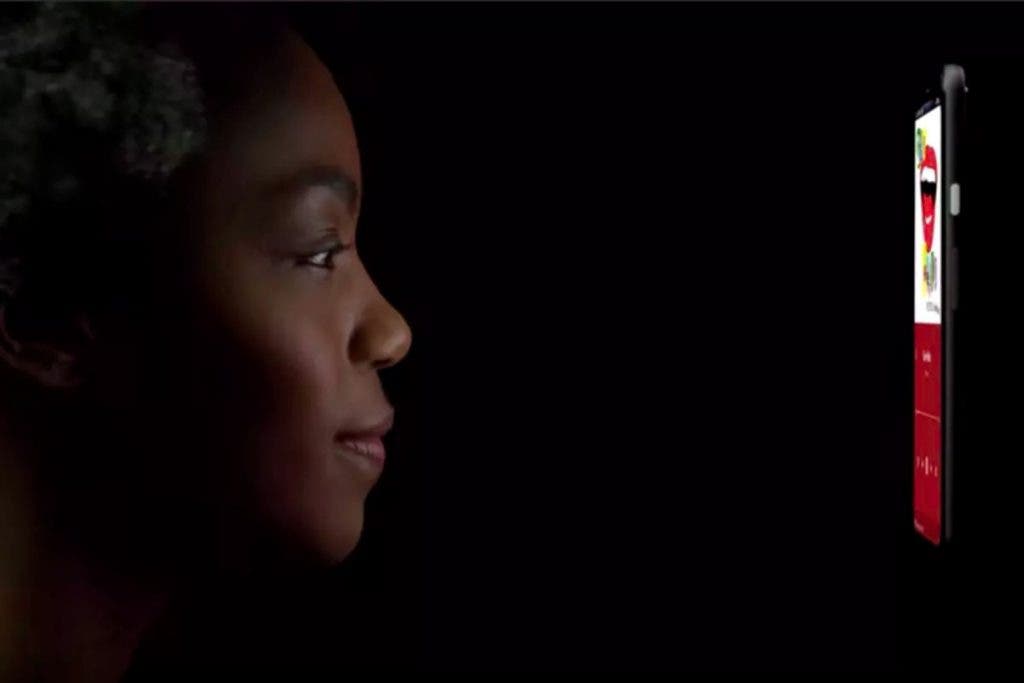 Let’s add also that the new Google Pixel 4 series are single SIM devices – but they use eSIM a technology that is still quite young I might add.

I don’t think I’m being irrational. All the signs show that Google made a bad choice this year. And don’t forget that we haven’t seen yet what software issues might come up with the latest version of Android, as it always has bugs. Let’s hope this time they are just a few of them.

Some of you may ask: what should Google do?

My opinion? They should stop relying so much on software and focus a bit (also) on hardware and looks. Choose some of the most decent VFM devices of the year – let’s say Redmi Note 8 Pro, Realme X2 Pro, Xiaomi Mi 9 Pro 5G or even Huawei Mate 30 Pro – add pure Android on all of them after coming into agreement with their manufacturers, while making people love Google Phones once again. They should also try and connect with the simple people, those who look at phones as a means of connectivity, fun, work and entertainment. Design and sell phones for the many. Not the few. No one needs a Pixel phone that costs or !

If you need to buy a Pixel phone this year, then my advice to you is to get the more than decent Pixel 3a. If you really want the impeccable camera features the new Pixel 4 has, you’d better buy a DSLR – or wait for a Google Camera.apk port for your Android device. It won’t be the same experience, but it will still be much better than owning a Google Pixel 4.