Today, Barclays said that maybe Apple is losing its strong pricing power. In order to expand the user base of the service business, Apple began selling the iPhone at a lower price. Tim Long, Barclays IT hardware analyst, said in a report to clients on Thursday: ‘iPhone revenues were in-line, but we believe the iPhone average selling price was weaker.’

Despite the decline in iPhone sales, Apple reported third-quarter earnings and revenues better than expected. Moreover, its share price rose by more than 1%. The tech giant, led by Tim Cook, reported earnings per share of $3.03 and revenue of $64 billion. Wall Street has been expecting earnings per share of $2.48 and a revenue of $62.99 billion. Apple’s performance has benefited from a strong demand for iPad and AirPods and the growth of Apple’s services business. 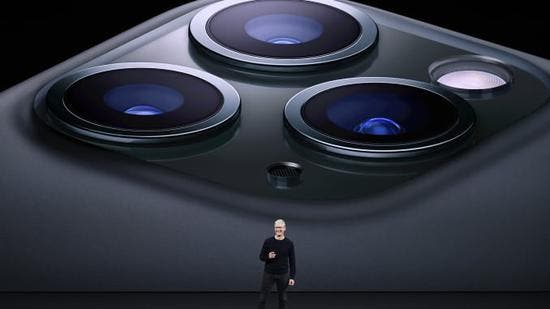 The iPhone’s revenue was $33.36 billion, slightly higher than the $32.42 billion estimates. But Lang said that the average iPhone price of the iPhone will fall 10% in the fourth quarter. The company currently expects the average selling price to fall by 12% in 2019. At the same time, it should fall by 6.5% next year.

Barclays gave a shareholding rating on the stock and raised Apple’s target price slightly to $236 per share, lower than Apple’s $243.26 per share on Wednesday.

Some analysts are optimistic about the prospects of the new 5G iPhone that will be released next year. But Lang believes that Apple will not be able to set a high enough price without damaging demand.

He pointed out that the lower price trend ‘may present challenges for 5G, which we believe will carry at least $150 higher ASP.’