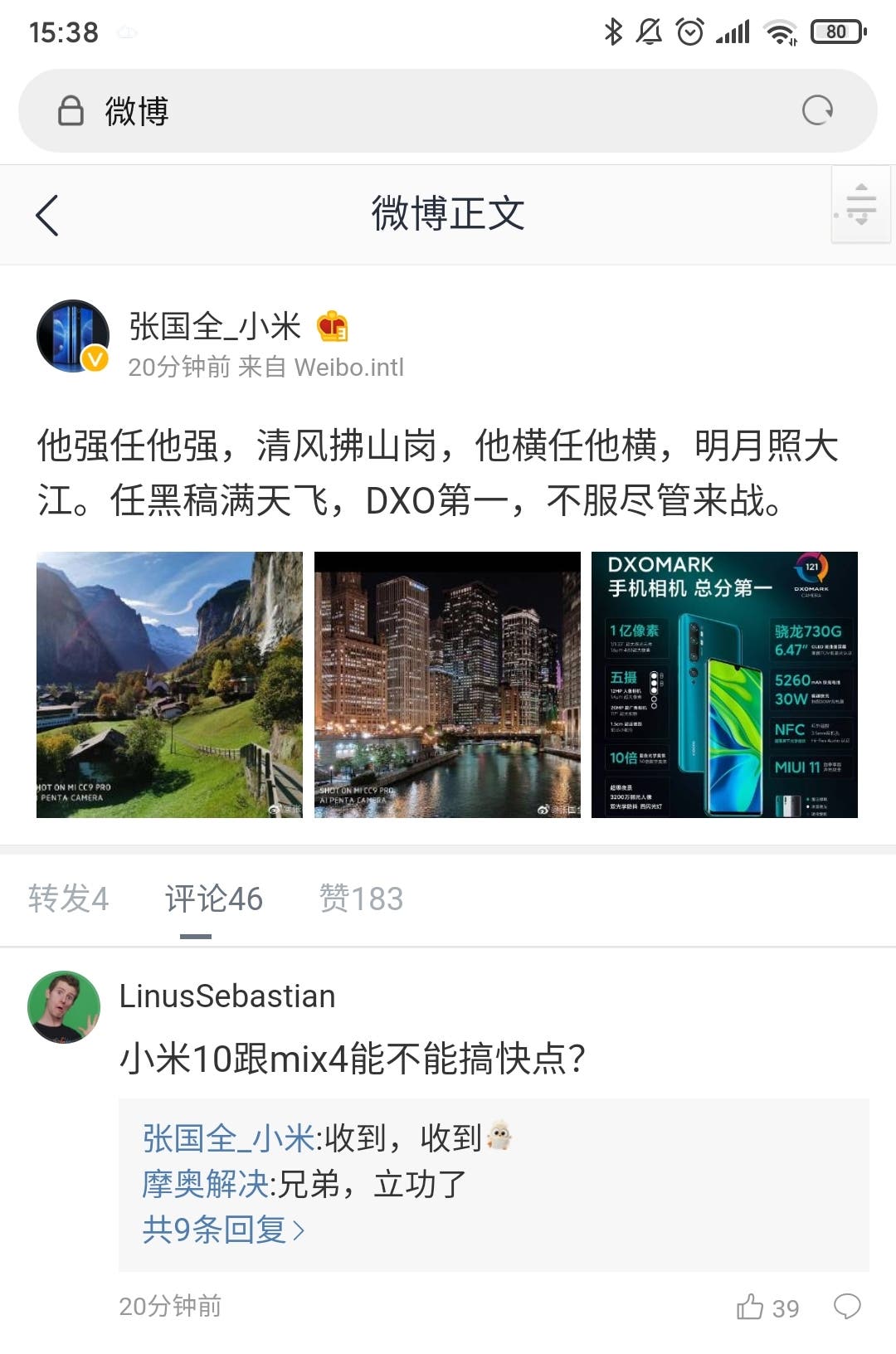 Today, a Xiaomi fan commented on Zhang Guoquan’s (director of Xiaomi’s system software department) Weibo post “Can Xiaomi Mi 10 and Mi MIX 4 display do something faster?”. This comment got huge positive reactions from netizens and  Zhang Guoquan himself had to reply “Received”.

Currently, details about MIX 4 and Mi 10 are unknown. Nevertheless, XDA developers recently found evidence in the MIUI source code that Xiaomi is developing a 120Hz refresh rate phone. For now, the high refresh rate feature is for flagship models thus this phone could be the Mix 4 or Mi 10.